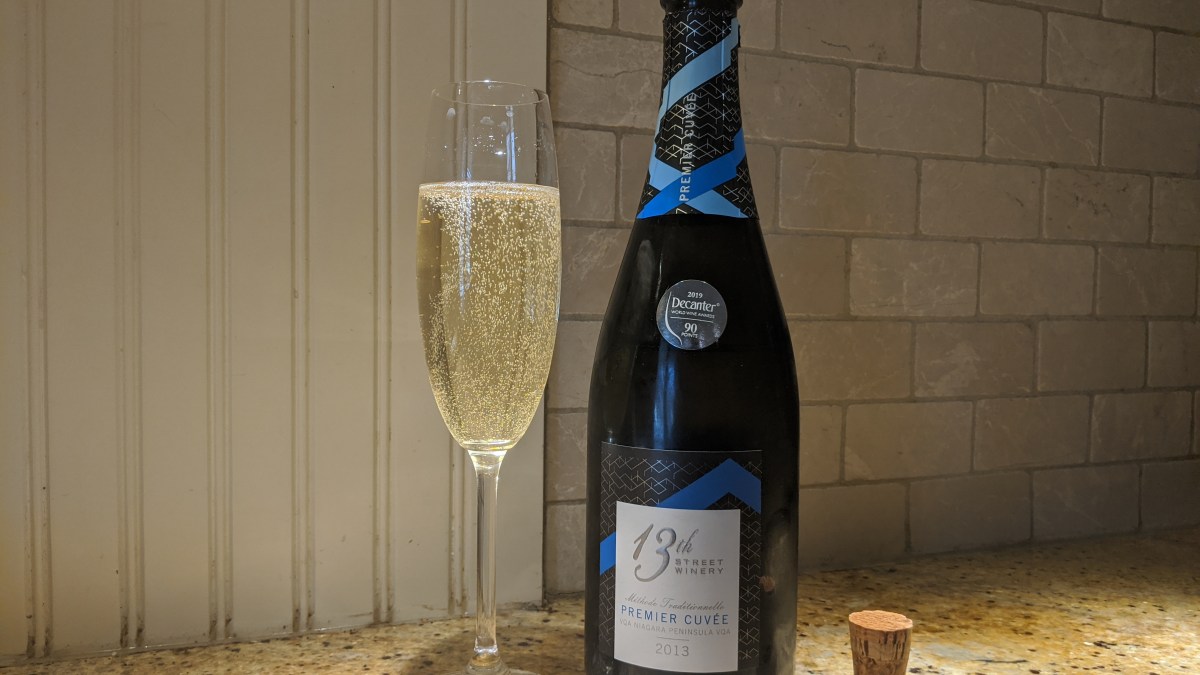 Alright, so, I realize that reviewing a sparkling wine during the apex of pandemic pandemonium might be on the odd side of decisions to make, but having recently tried the phenomenally good 13th Street Premier Cuvée, (2013), I simply had to share. And since we can’t share our snacks, food, or personal space, I think a bubbly recommendation is more than warranted.

Coming in at close to $40, this could be either a steal for a vintage sparkling wine, or obscene for your average Ontarian offering. And you’d be well within your reason to take pause before purchasing. I did, in fact, and missed an opportunity to snag a bottle for New Years Eve, opting for the very good Santa Margherita Prosecco  instead. Luckily my mother wasn’t as foolish and snagged a bottle based on the recommendation of a well-informed LCBO employee (which I got to try).

13th Street Premier Cuvée pours with a vigorous but not over-the-top effervescence.  The bubbles are relatively fine, and slide slowly up the flute, which is filled with the fairly yellow blend of chardonnay and pinot noir. On the nose, the wine explodes with notes of pear and green apple, with a rich undertone of citrus. It’s very bright, maybe more so than you’d expect from a similarly old Champagne — but that’s not a bad thing.

The taste ventures way more into vintage Champagne territory, with a crisp minerality and a sweet breadiness that reminded me of nothing so much as fresh-baked scones. The fruit is still there, and it’s joined by an undercurrent of floral notes. The finish of the 13th Street Premier Cuvée is endless, and relatively sweet. For those who like a super dry and bracing wine, it might be a touch too sweet, but was well withing reason. 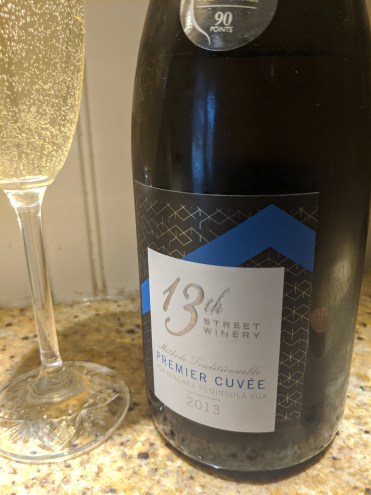 The 13th Street Premier Cuvée is simply a wonderful bottle of bubbly -- and it tastes every bit as vintage as you'd expect a seven year old wine. It justs costs half as much. If you're trapped in side, do yourself a favour and raise a glass to being responsible during a pandemic. And make sure to sip it slow -- you've got nowhere to go, after all.