I’m an absolute sucker for cask-strength whiskies as anyone who’s followed my blog has probably realized. There’s something about the rich bite of a strong whisky that gets my engines revving. So when I first encountered the demure, petite (at only 500ml) bottle of Nikka Whisky From the Barrel, I was highly intrigued. Japanese whisky is known for it’s reserved subtlety, not it’s punch. Would a 51.4% ABV version be any different?

During my few weeks in Japan I made it my mission to try as many Japanese whiskies as I could — a task made difficult due to their scarcity and price, even on their home island. Here, a good scotch will often undercut its Japanese kin by several measures (which often left me scratching my chin when making a purchasing decision.) But given its even more profound unavailability in Canada, I stuck to my guns, and I’m glad I did.

Nikka Whisky from the Barrel Review

This dram pours a rich amber-tinged gold, and looks a bit thicker in the glass than its Japanese kin. The nose is gorgeous on this Nikka Whisky, apart from a little alcohol sting. I smelled bright floral notes (think late summer garden), a touch of sourdough bread, a nice sweet toasted sugar and a nice fruitiness.

The taste of Nikka Whisky from the Barrel is quite unique. Close your eyes, and you could be drinking a cask-strength highland scotch — at first. There’s caramel and vanilla, with some woodspice and  touch of those flowers on the nose.

But then the fruit enters with a Kramer-like burst and you know you’re drinking from a different continent. I got melon, apricot and a whiff of blood orange. The body is as big as the whisky with a nice chewiness. My only disappointment was the finish which, despite glowing reviews from elsewhere, I found to be overly alcoholic and all too brief.

Nikka from the Barrel is a bold and interesting Japanese whisky. I enjoyed it thoroughly both neat and in a rather aggressive Highball, and recommend both. If you’re looking to convert a scotch snob to Japanese whisky, this might be a good place to start. And, given it’s rather minuscule 500ml bottle, it’s definitely one you’re going to want to sip slow. 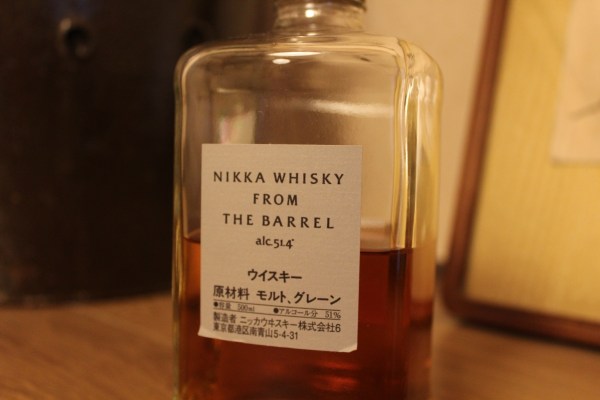 Date Dining and Wine: Antipasto and a Hike