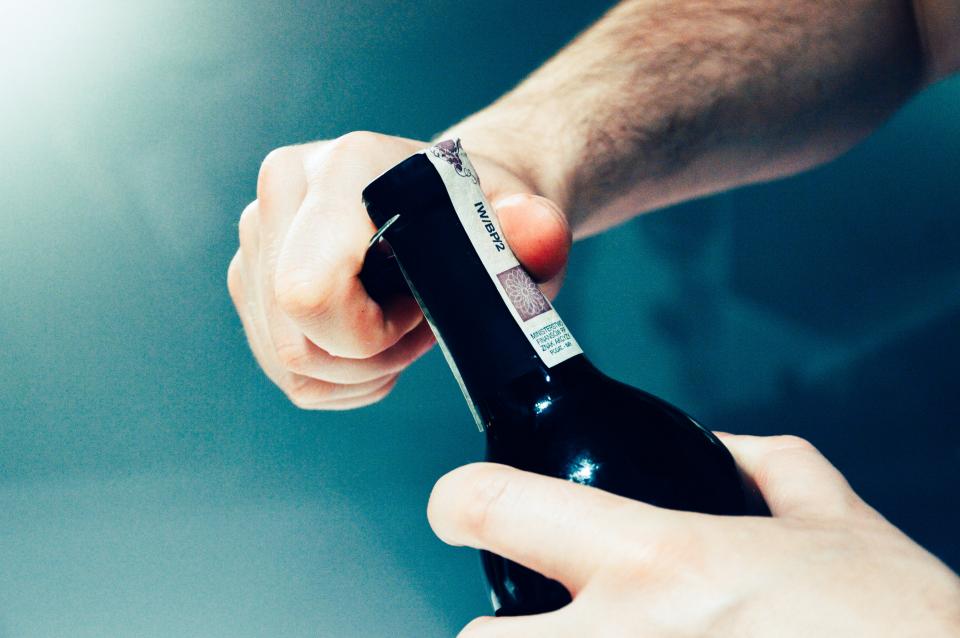 When you order a bottle of wine at a restaurant, the accompanying ceremony can seem a bit silly and unnecessary. You are presented with a small sample to swirl, smell, sip, and – inevitably – affirm as, “Excellent, thank you.” What’s the point? I mean, who but the most obnoxious, snooty, pretentious person would ever send back a bottle of wine?

Well, me, for one. I’ve sent back a few bottles in my day (and returned a few more to the liquor store). It’s not a matter of being overly picky – if you’ve spent money on wine (and likely far too much money if you’re dining out) then you deserve quality. Here are three signs your wine has turned, and would justify sending it back.

No, corked wine isn’t when you see little bits of cork floating in your wine. Have you ever been presented with a cork to sniff at a restaurant? While this has largely been accepted as ineffective, the idea is to detect whether the cork has become contaminated with “cork taint” (also called TSA) a chemical caused by natural fungi in the cork reacting with agents used in the cork production process.

Basically, TSA (while harmless to humans) is extremely bad for the quality of a wine. The only sure-fire way to tell your wine has been corked is to taste it. If it tastes like damp basement, moldy cardboard, or a number of other musty “off” smells, odds are your bottle has been corked. Some estimates suggest up to 8% of wine bottles are corked, so don’t feel bad sending yours back – no restaurant worth their salt would take offense.

When you let a wine “breath” you are oxidizing it, which can bring out subtle flavours, and mellow overly aggressive notes. The aging process also oxidizes a wine, allowing it to mature slowly with the limited oxygen present in the bottle. However, excessive (or accidental) exposure to air can render a wine overly oxidized, providing a reasonable excuse to send it back.

Most older wines will look a tad brown towards their edges when held in a glass. But if your wine is looking a little ochre and it’s only a few years old this is probably a process of unnatural oxidization. Over oxidized wine generally tastes flat, lifeless and boring. They may also have begun to turn to vinegar, a definite no-no. If you’re confident your wine is extremely bland, and it’s looking brownish, it’s probably not a palate problem – the wine is oxidized.

Wines are generally stored at cellar temperature, which is several degrees cooler than room temperature. However, sometimes during transport (or with improper storage) wine becomes heated, which causes “maderization.”

A great way to tell if a bottle has been maderized is by checking to see if the cork has been pushed a little out of the bottle. If the cork isn’t flush, it’s likely because heat has expanded the air in the bottle, pushing the cork out. A maderized wine will look very dark (and sometimes develop opacity), with sweet, rich fruit notes more suitable for a dessert wine. While this might not sound inherently bad, you’ve paid for a specific wine, and are entitled to it. A maderized bottle is perfectly acceptable to send or take back.

While you don’t want to come across as pretentious, there are understandable reasons to send back a bottle of wine at a restaurant, or return it to the store. If you simply changed your mind and realized you really wanted the Pinot instead of the Cab, it might be better to simply live with your decision. But if your wine is corked, oxidized, or maderized, you’re allowed to send the bottle back.

Watch This Wine: Viognier is In Vogue