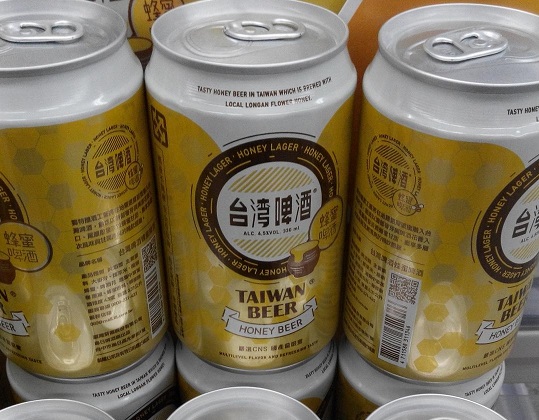 I’ve been living in Taiwan now for nigh on seven years, and although I love the place, up until recently the lack of drinking culture has been a real downside. Taiwanese people are not huge social drinkers, and this had a real knock on effect on the availability of good beers.

When I first moved here, your only real choice was the ubiquitous Taiwan Beer, or the huge brand beers such as Guinness or Heineken, which were prohibitively expensive. I did once see a bottle of Dead Guy Ale, but I think he was just lost.

The best thing that can be said about Taiwan beer is that it represents great value for money. You only ever have to buy one, and you can refill it every time you go to the bathroom to take a leak. It’s pisswater, is what I’m trying to say.

It is also notorious for the head splitting hangover you get after just one or two cans. This left us Westerners looking for a good night stuck with the expensive and uninspiring big brewery choices, which became very boring and very expensive, very quickly.

Thankfully, over the last year or two, the situation has improved dramatically. Driven by an influx of a new, younger generation of Westerners (dare I say hipsters?) coming to the country, and a few of the old heads putting their savings into opening bars, the craft and world beer scene has exploded.

Beers that are taken for granted in other parts of the world, such as Sam Adam’s Boston Lager or the UK’s own Bombardier, suddenly became available here, and were being stocked in 711s and local pubs; something heretofore unheard of. Taiwan beer even tried to get in on the game by starting to produce flavored beers, such as honey, pineapple and mango. But the less said about those the better.

As for smaller brewers and craft beers, a lot of my favorite bars, and some that would later become my favorite bars, started stocking beers like the darkly delicious Heretic from Evil Twin and the IPA and APAs from Boundary, and  for about the same price, or even cheaper, than the huge international brands. They were exciting times to be alive!

The upshot of all of this is that now I can enjoy the best of both worlds. I can stay nice and safe in Taiwan, while drinking a lot of the beers I would have freer access to had I decided to stay back West. I can even get beers here now that I probably never would have come across in England. My favorite of these is probably the Space Dust IPA by Elysian.

Its golden, bitter, hoppy goodness was a real kick in the teeth (in a good way) after having spent so long drinking uninspiring beer here.  Now, the tale of how I first came to discover this beer in a local dive bar, drink five or six in quick succession before finally checking the ABV, and then staggering home in a typhoon, is a tale I will save for next time.

Matt is the founder of Everything Home Bar, a fantastic site for drinkers of all stripes.

Behind the Beer: Burdock is Brewing Up in Bloordale