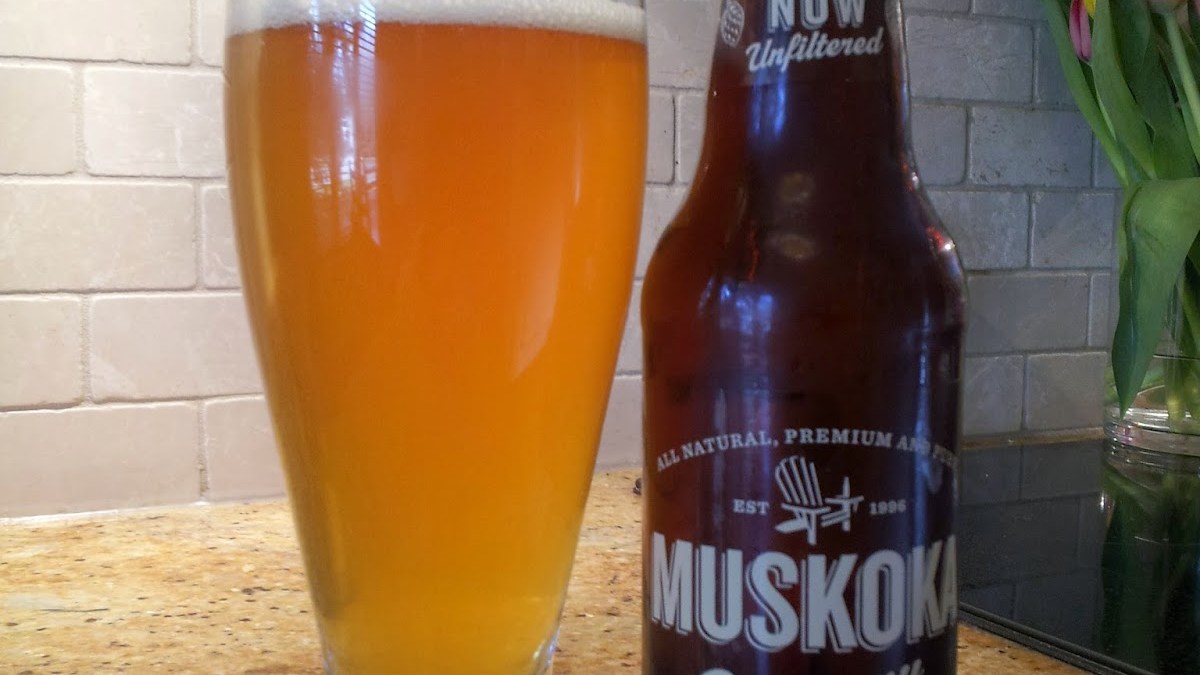 I’ll begin this post by noting it’s my third different Muskoka Brewery review (check out Twice as Mad Tom and Winter Beard ). Apparently there’s something about Muskoka that just yearns to be discussed, and I couldn’t pass up the opportunity to take a look at their recent offering Detour IPA.

The first thing worthy of noting about Detour is its exceptional branding. With mint-green accents, canoe animations on the box, the easily identifiable Muskoka font, and the catchy name, this beer is already easy on the eyes. I’m not usually one to wax at length about a beer’s branding but when it’s this exceptional it does bear mention so kudos to Muskoka.

It’s a dry hopped IPA, which the brewers refer to as “sessionable.” I was immediately dubious, as few beers are less sessionable than Muskoka’s original IPA, Mad Tom. Detour, however, is a different beast indeed. While Mad Tom packs a blisteringly bitter 64 IBU (international bitterness units), and a gut-warming 6.4% alcohol, Detour softens it to 30 IBU and only 4.3% alcohol. It’s clear that this is a beverage Muskoka intends you to consume all afternoon.

It’s also unfiltered, which gives it a hazy, golden colour, and it has a very soft, light head when poured. My bottle informed me there could be sediment deposits, although I didn’t notice any when I poured it. On the nose, Detour smelled so strongly of florals and citrus, I’m amazed no one has tried to turn it into a handsoap yet. Seriously, dipping your nose into a pint is like stepping into The Body Shop: not unpleasant but at times a bit overwhelming.

The best way to describe Detour’s taste and feel is soft. It’s not very acidic or bitter, and the bursts of flowers and mandarin oranges on the nose soften to an immensely palatable harmony. There’s a bit of honey, lilac and orange on the tongue, with just a hint of hoppy bitterness at the end. The mouthfeel is lush, and the carbonation very light. It’s utterly inoffensive, a most accessible IPA, and a rousing success for Muskoka in their goal to bring an IPA to the masses.

Detour really is a nice detour from conventional IPAs. Unlike it’s big brother Mad Tom, I enjoyed several Detour’s in succession with a soft buzz and no palate exhaustion. It is a tasty, sessionable beer, which can be enjoyed by craft-nut and the uninitiated alike. You’re going to be able to drink these all afternoon so you might as well sip them slow.

What's a 'Wine'? Part II: The ABCs of Wine Terms