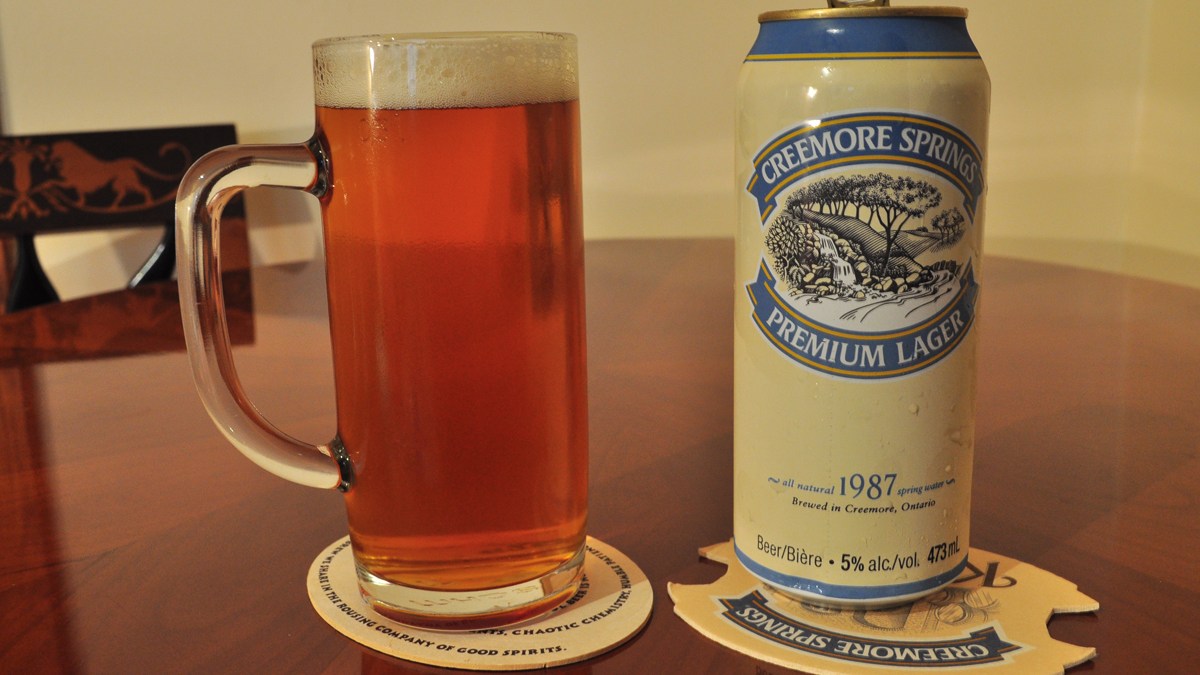 Let’s be frank: lagers have a terrible reputation. Brewery giants like Budweiser, Heineken, and MolsonCoors  have driven the name of the worlds best selling type of beer into the dirt. Lagers are most often considered little more than classless session beers, meant to be purchased for low cost and consumed in high quantity. Yet, there are a few exceptions to this rule, and Creemore Springs Premium Lager is a notable one.

Founded in 1987 in the Ontario town of Creemore, Creemore Springs began as a microscopic microbrewery making merely one product: their ‘premium’ lager. The beer was immensely well received by locals and beer-buffs alike, which led to the brewery gaining exceptional notoriety. Unfortunately, this made Creemore Springs an easy target for the money-machine MolsonCoors which bought it in 2005. Despite this unfortunate occurrence  Creemore Springs has been able to maintain creative control of their lager, and have in fact introduced several varieties of beer, all of which are fairly good. Yet, it remains their lager which is truly outstanding.

Creemore Springs prides themselves on the simplicity of their beer claiming it uses exactly four ingredients, and that the water for it is drawn exclusively from an artesian well. Furthermore, their beer is unpasteurized and isn’t laden with the preservatives of other lagers, which means it has to remain refrigerated immediately after bottling. While some of this may seem a little marketing-gimmicky, what can’t be doubted is the simple and solid taste of Creemore.

Picture a glass of macro-domestic lager. What does it look like? Realistically, it looks like carbonated, well hydrated piss (the flavour of most major lagers also gets compared to urine, I frankly think this is an injustice to pee everywhere). Creemore appears nothing like this. A rich, reddish-amber colour, even looking at this beer lets you know it has more character than most of its peers.

The mouthfeel is richer than what you’d expect from another lager, with a denser effervescence and a creamier head. The taste is a little toastier than a ‘Bud’ or a ‘Canadian’, and rather than the sickly sweetness you’d expect from the aforementioned lagers, Creemore Springs instead has hints of citrus, and even a pleasant kick of hops on the finish. All in all, it’s simply a better beer than most other lagers.

There is a downside, of course. Due to its low production and high quality, a six pack Creemore Springs can run you over $13, which is  considerably more than its mass-produced counterparts. But if you’re a lager person (and apparently, most of the world is, based on sales) than this is a beer you’ll definitely want to try. Cold-fermented lagers have always been summer fare, and with the warm weather well underway, don’t be afraid to spend a few more dollars for this legitimate lager. I guarantee you’ll  want to sip it slow. 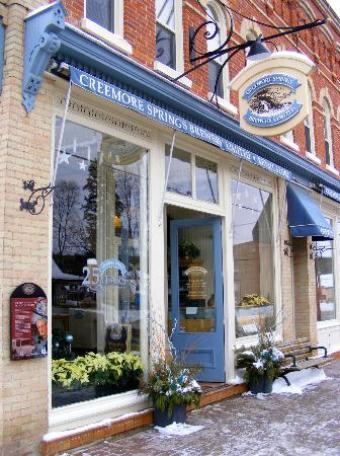