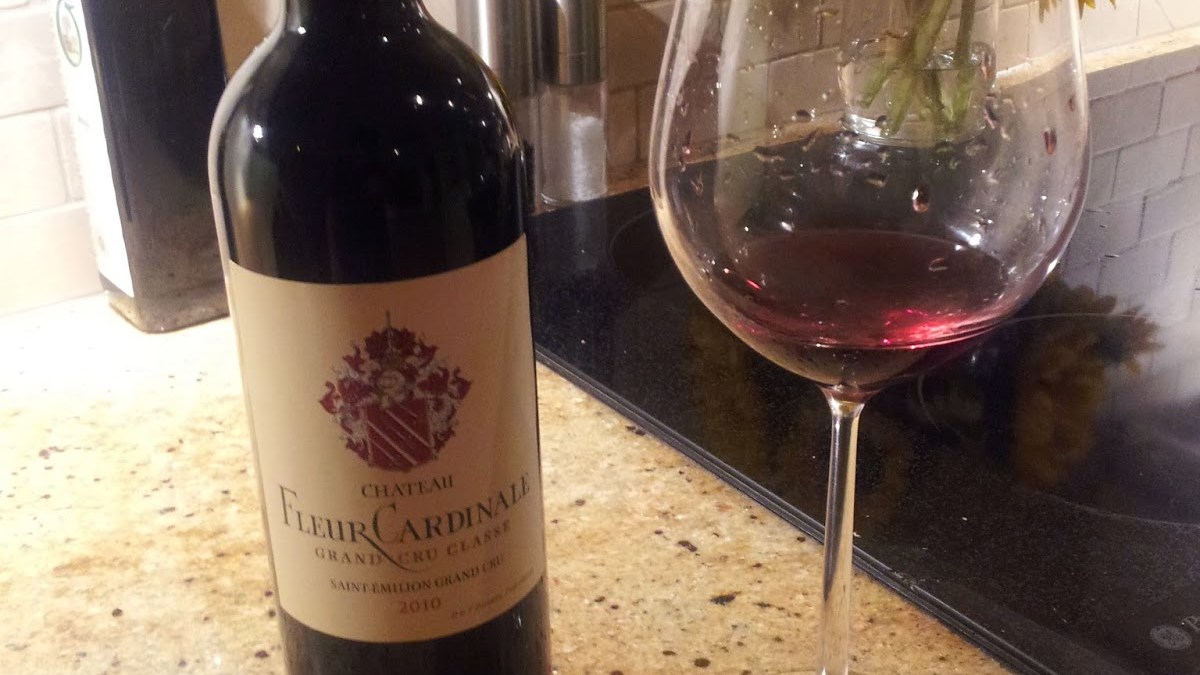 It’s been a while since my last post, an unfortunate product of being in South East Asia for four months. While I did drink lots of extremely cheap (and rather rudimentary) lager, it wasn’t really worth writing about. I missed wine dearly over my absence, and was plotting my return bottle from the start. Thankfully, my dad had a bottle of the 2010 Chateau Fleur Cardinale stashed away and was willing to open it for the return of his prodigal son — something to which I had no objection.

I was especially excited to try this wine, because 2010 was a notoriously good year in Bordeaux and my palate was desperate to be applied to something other than moonshine-rice wine and cheap beer. Into the decanter, the Fleur Cardinale poured an incredibly thick looking dark purpley-red, a good deal more viscous than I was counting on. It entered the glass dark and clear, leaving long slow legs on the inside of the glass. This was obviously going to be a heavy wine — and it was.

On the nose, Fleur evoked rich ripe fruit, with very distinct notes of black berry and dark cherry. Rarely have I smelled a wine that had more apparent fruit characteristics. It occurred to me this would be a great wine to drink with new wine enthusiasts as it’s characteristics were more accessible than other Bordeauxs I’ve tried. It’s a rewarding wine to taste, as it has obvious notes that are readily agreeable, and I definitely recommend it as a selection for a tasting party.

The mouthfeel evoked the texture of maple syrup, thick and lingering as it was. It tasted of the cherries I smelled originally, but with an additional kick of plum and cedar wood. It was fairly sweet and round, although with rather robust tannins. I was definitely drinking this wine a bit younger than the wine gods would have intended — it will clearly improve for another 5 years at least, and keep for a decade or more. The finish was all dark fruit, and seemed to be endless. It left the tongue rather dry, but I found myself tasting the Fleur Cardinale long after the bottle was finished.

After my long absence from both writing Sipping with Smoth and drinking wine, I have finally returned to both (and am feeling pretty damn good about it.) The 2010 Fleur Cardinale was a great place to start, and made for a good celebratory bottle. It will also make for an excellent bottle to initiate new wine enthusiasts with its distinct flavours. Either way, however you drink it, it’s a good bottle of wine, so remember to enjoy it, and sip it slow.