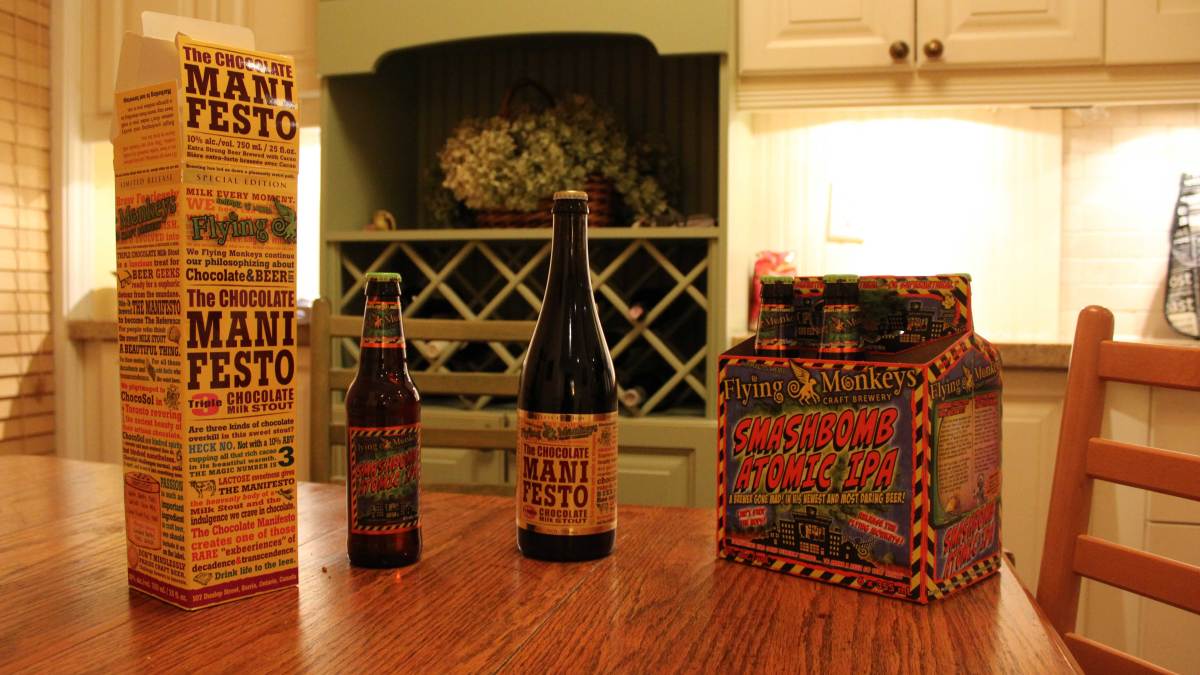 It all began when a guy in line at the LCBO was asked about what he was buying by the customer behind him. In this case it was nearly a dozen Flying Monkeys Chocolate Manifestos. Rather than just answering the question and not stirring any curiosity, he had to respond with, “It’s especially good if you mix it with Smashbomb Atomic IPA — they call it a ‘Chocolate Bomb’ and it’s delicious.”

They? Who the hell calls it “Chocolate Bomb?” I’d never heard of it before, and after a quick Twitter exchange with Flying Monkeys, I realized they hadn’t heard of it either. Did some lunatic in the liquor store just make it up on the spot? Was it going to be absolutely revolting? Was it some well-played gag intended to prank the poor alcohol reviewer at the back of the line? There was only one way to find out.

After running around town trying to track down the required components I was ready to undertake this weird experiment. It’s hard to find two beers further apart in flavour profile then Chocolate Manifesto, and Smashbomb. While both are brewed by Flying Monkeys, the similarity pretty much ends there. Chocolate Manifesto is dessert in a bottle — it’s like liquified chocolate cake with a punch of booze. Incredibly sweet and rich, and not exactly skimping in the alcohol department at 10% ABV. It’s pretty delicious, but I challenge any one person to finish an entire bottle to themselves. On the other end of the spectrum in Smashbomb, a slap-you-in-the-face IPA, with no pretensions of subtlety. It’s got a ton of citrus, pine and floral flavours, with an absolutely intense bitterness. Don’t like bitter beers? Don’t drink Smashbomb. These beers couldn’t be farther apart in flavour — but they got pretty close in my glass. 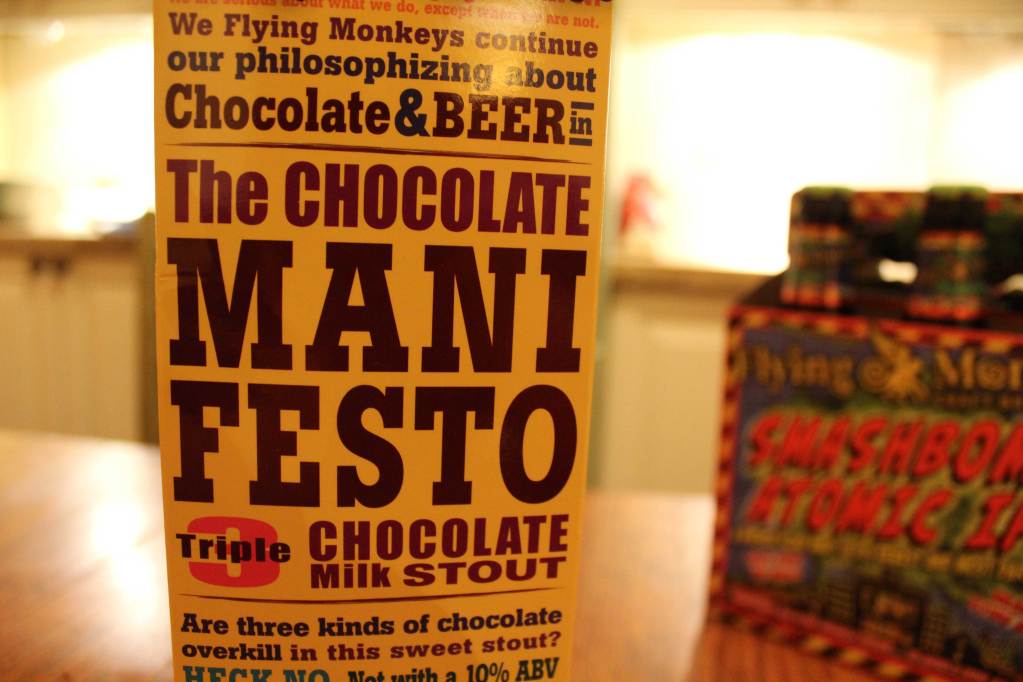 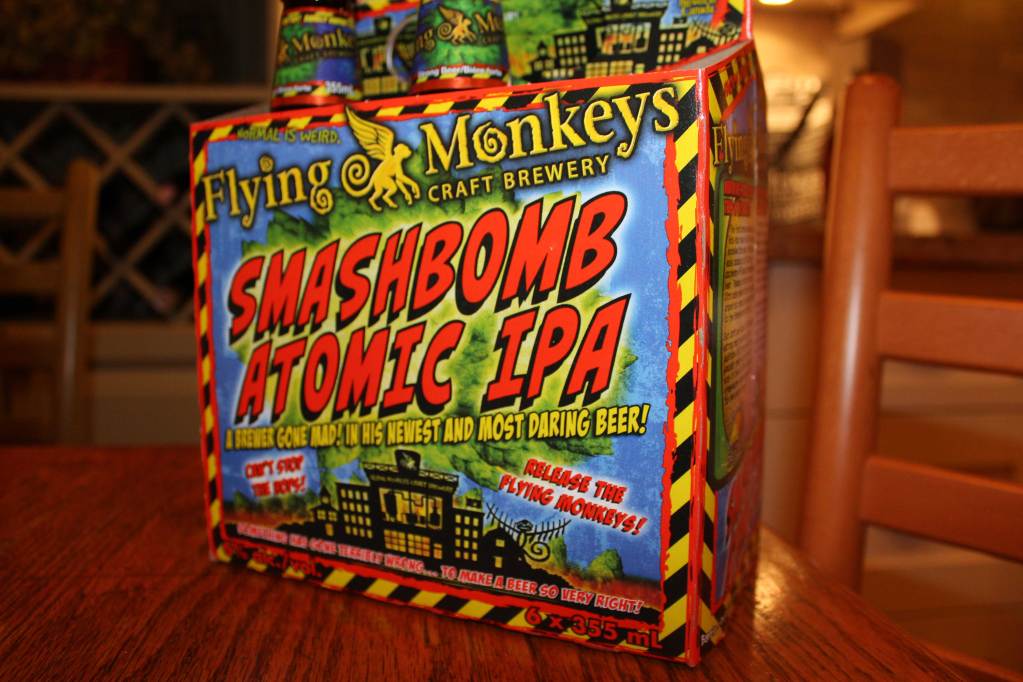 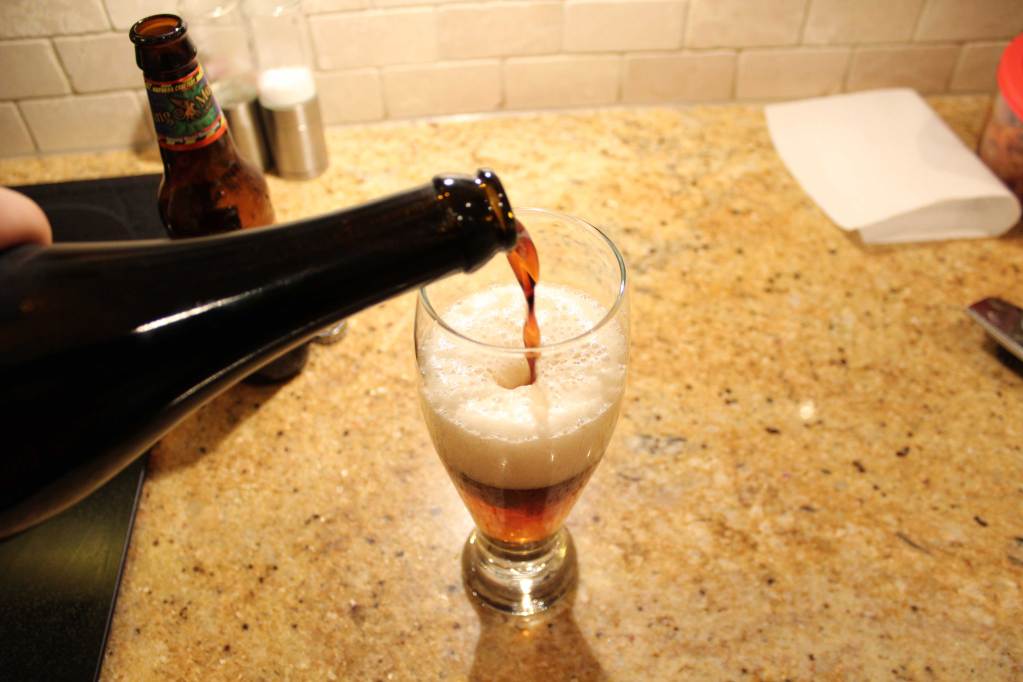 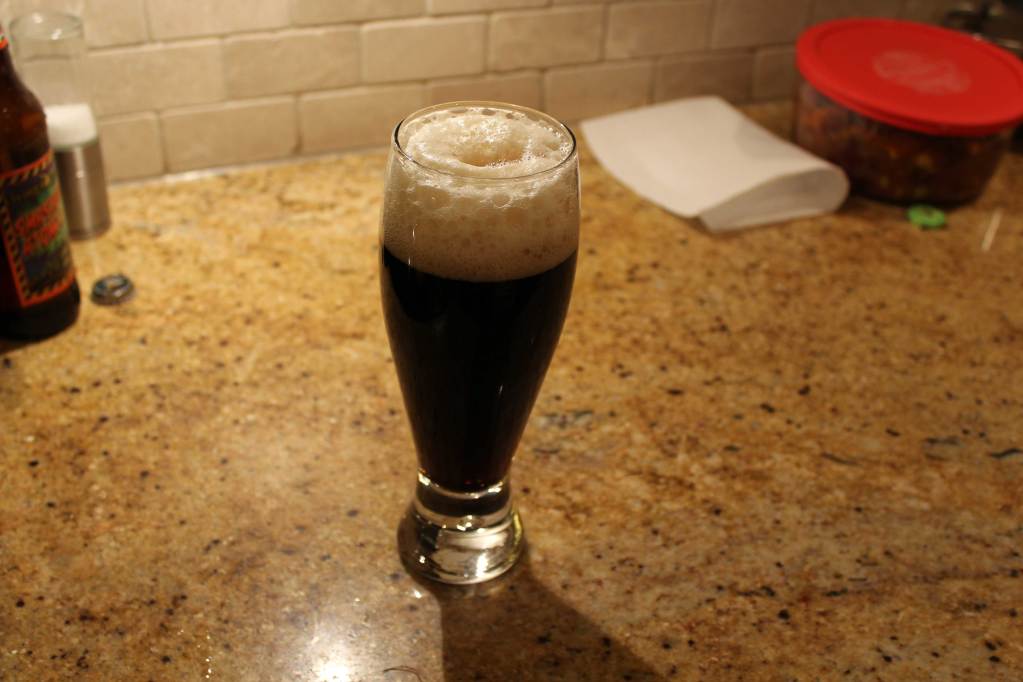 After some initial trepidation I decided to just go ahead. I mean, how bad could it be? In a shocking turn of events — not bad at all. No really, I know you don’t believe me but it actually tasted pretty good. The Chocolate Manifesto was by far the strongest flavour, but right at the end there was a pleasant punch of hops which really served to cut some of the cloying sweetness. In some ways it actually improved the flavours of both beers. And in others it was still ultra weird. The Chocolate Bomb isn’t something I would drink everyday, but it was certainly an interesting experiment and a fairly enjoyable drink. I could definitely see a stranger at the LCBO unironically recommending it.

Should you go out and try it? Maybe, depends on how you’re feeling that day. It’s not bad, and especially if you want to drink loads of Chocolate Manifesto, this might be a good way to offset its intense sweetness. Regardless, this was one weird experiment I actually didn’t mind sipping slow.

What's a 'Wine'? Part III: Why Bother With Wine Tasting?