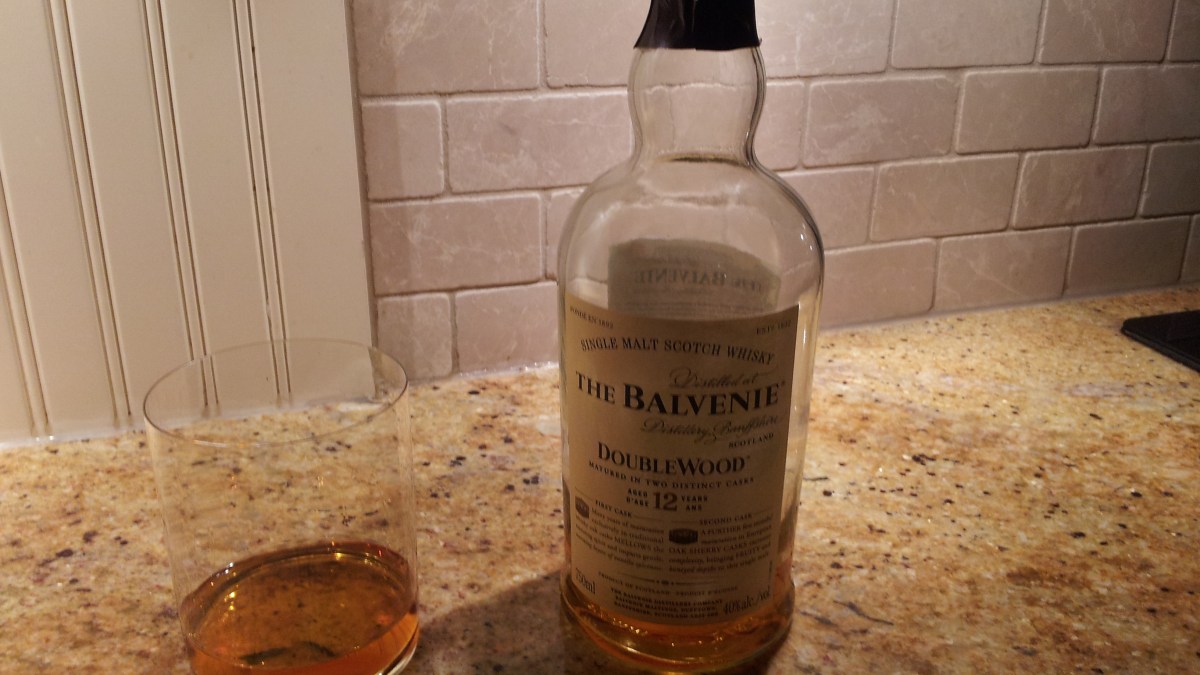 I was on the hunt for a holiday scotch when I stumble across The Balvenie DoubleWood. This 12 year old has garnered something of a reputation after winning Gold for single malts 12 years and under at the International Spirits Challenge this year. Word had it that this was a potent scotch rich with flavour after being aged in bourbon and then sherry casks (hence “DoubleWood”). I decided I’d get some to find out for myself.

While a bit out of my normal price range, I was feeling rather lavish after my exceptionally positive experience with Glenlivet’s Guardians’ Chapter  and decided to go for it. While technically a fairly young speyside (known for their relative subtlety compared to Islays), I was hoping with its exposure to the bourbon and sherry wood Balvenie DoubleWood would pack the reserved grace of a classic speyside with a kick of more flavour. Thankfully, it brought all that and more.

As indicated in the accompanying pictures, DoubleWood presents with a rich, deep gold. While obviously a scotch (not crossing into the more red-amber bourbon territory), this beast has obviously picked up some character despite its youth. Its clarity was predictably exceptional even as it clung viscously to the glass. Quite honestly it looked like prop scotch they’d use in movies — quite obviously potent and alcoholic.

DoubleWood smells absolutely incredible. The fumes are fairly subtle, allowing for easily detectable notes of nuts, cedar and vanilla. Once you start sipping it, the weight of DoubleWood quickly becomes apparent. It’s a heavy scotch with an extremely rich, luscious mouthfeel. It’s quite sweet, with a ton of forward honey. Actually, my mom (a lifelong Glenmorangie fan) found it a tad too sweet, but I think that will be an isolated case because DoubleWood nicely amalgamates the sweetness with a kick of pepper spiciness. And, I may have been imagining it, but I thought I could just detect a hint of charcoal smoke towards the end. Perhaps an homage to its bourbon roots? The finish is lengthy and pleasant, with a lingering, sweet nuttiness. 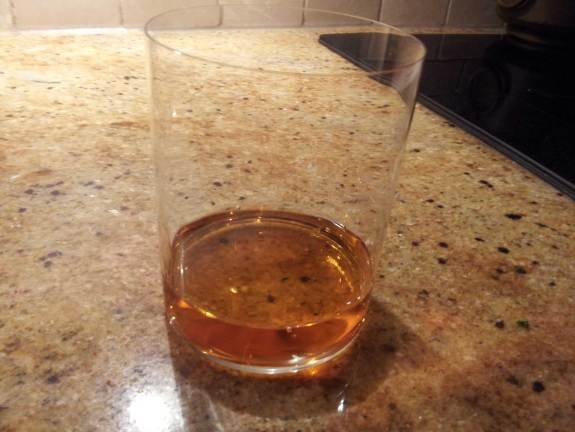 The Balvenie impressed me with their DoubleWood. It tastes like a very mature scotch, with a ton of flavour -- absolutely perfect for driving off the cold and damp of winter. Its a great scotch to sip slow for the holiday season.

Tags #DoubleWood #scotch #The Balvenie #whisky
Beer, Behind the Beer