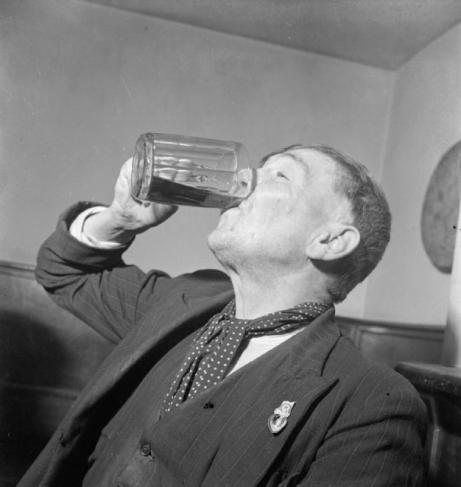 I loathe Budweiser. It tastes like the cheapest of cheap lagers, and yet, it’s marketed as a premium beer with a price tag to match. Despite bearing remarkable similarities to the drippings that sometimes ooze forth from your garbage bag, a 24 case of Bud is 38.95. That’s roughly $8 more than any beer on the “Discount List” at The Beer Store. For those planning to indulge heavily this Homecoming, not only does every penny count, but so does every drop. Here are 5 palatable alternatives to malted monstrosities like Budweiser.

1. Formosa Springs Draft: While it’s not the cheapest at $30.95 for 24, it’s undoubtedly the best beer on this list. While it lacks the depth or intricacy of its more complex craft cousins, Formosa Springs packs a sweeter, malty flavour than most cheap lagers, and it lacks the garbagy taste of macro-domestics like Bud. It’s got a great light body and a clean finish, making it immensely drinkable, a perfect session beer, and also one you can legitimately sit back and enjoy.

2. Old Style Pilsner: An old-fashioned offering from Molson, Old Style Pilsner’s recipe has remained unchanged since 1926. It’s the only Pilsner on this list, and as such is a tad hoppier with a crisper finish. It’s pretty simple in flavour, but manages to be surprisingly refreshing with a bit of malt and corn, and just a touch of hops. All in all, not a bad beer, and it only costs $30.95 for 24 of them.

3. Upper Canada Lager: My third favourite on the list and tied for the cheapest case at $29.95, Upper Canada’s lager is heavier than its lagered peers on this list. More flavour of honey and even some not-entirely-unpleasant fungal notes. While more flavourful than even Formosa, its texture isn’t as good, and its heavier body makes it harder to session with. But it’s got a price that can’t be beat.

4. Pabst Blue Ribbon: Alright, I get it. “Hipsters” drink it. Moving on, Pabst isn’t so bad. It tastes like…well…nothing really. It’s like someone took the most basic flavours of a lager possible and made Pabst out of it, which is probably why it retails for $30.95 a case. Yet, it lacks the taste of refuse pit and metal shavings that Bud finishes with, making it much more enjoyable. Also, its light body and alcohol content means you can drink quite a lot of it (if that’s your thing).

5. Carling: I’m stretching a bit for this one. It’s not good, by any means. In fact, it’s pretty bad. It’s a lighter beer like Pabst, and tastes pretty much like your grandfather’s beer. It’s not particularly clean or complex. Despite this, after three or four I’m positive you won’t care that much, and at $29.95 a case, it retails for nearly $10 cheaper than Budweiser. Which means you can get 30 Carlings for the price of 24 Buds. Not bad, I guess.

Make no mistake. This list does not contain good beers. Rather, if you’re drinkin’ thrifty this Homecoming, these are a few beers that will leave your wallet feeling great, and your tongue feeling tolerable. Just do me a favour and don’t drink them too slow.

smoth, 6 years ago 3 min read
Beer, Behind the Beer