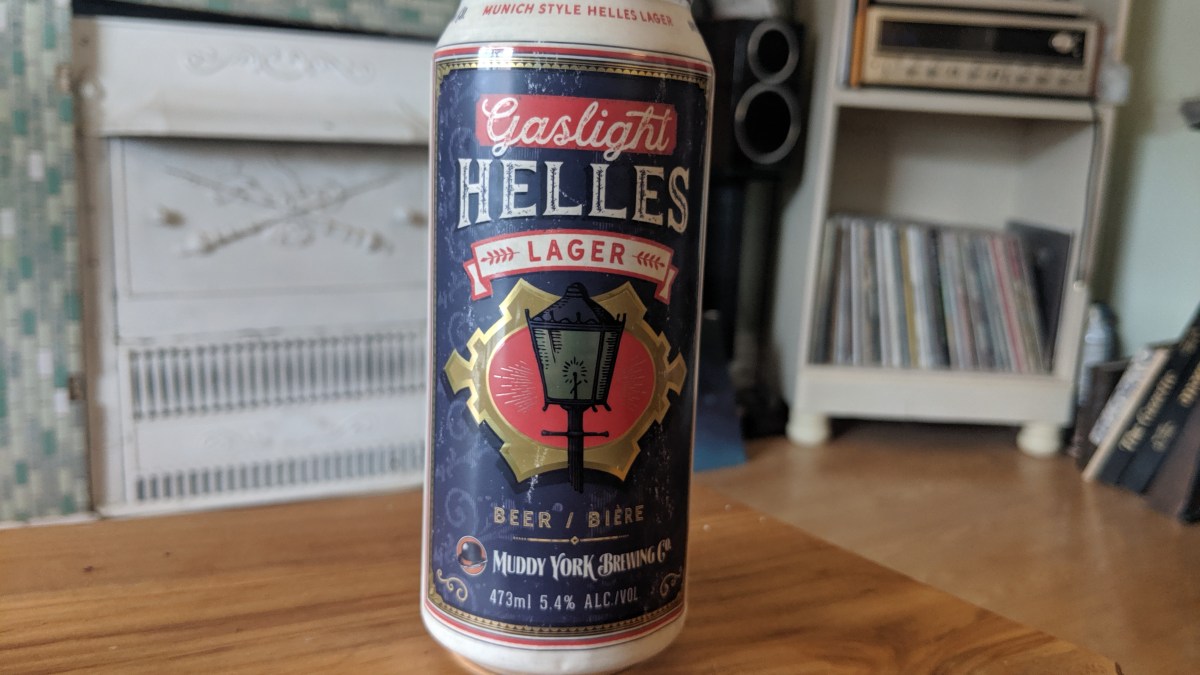 Lagers, bizarrely, are hip. Again, I suppose, if you count decades of domestic dominance as being “hip.” If we follow the beer trends over the last decade, we went from staggeringly bitter, high alcohol IPAs to sippable session ales, to science-experiment sours.

It seems that what goes up must come down, and after two seasons of puckering up for Gose, Witbier, and Flanders Red Ales, the people are ready for a return to the familiar. And what’s more familiar than a lager? I’ve written about craft lagers before, and I want to make it clear that they’re not a new phenomenon by any means. But I believe we’re on the cusp of a major resurgence, and Muddy York’s Gaslight Helles Lager is a beer at the forefront.

Helles is a German-style lager, a little more full-flavoured than it’s corn-sweetened North American cousins. It’s the taste of a European draught beer, and the Gaslight Helles Lager was a slam bang expression of it. Here’s what I thought:

The first thing that caught my eye was the excellent branding of this Muddy York. You shouldn’t judge a brew by it’s packaging, but if you did, Gaslight Helles Lager would be judged favourably. Helles means “pale in colour” in German, and the Gaslight is just that. Stupidly I only took photos of the can, but I at least had the foresight to get a couple of these and did a proper pint tasting. It’s a light straw colour, very clear with a surprisingly active head.

On the nose, you know right away you’re not drinking your dad’s Bud. There’s a surprisingly floral aroma (perhaps brought about by what Muddy York’s marketing department describes as “unique yeast strain”) and a lovely maltiness. There’s just something a bit more refined about a whiff of this than the lagers I grew up with. If craft is going to do lagers, I’m glad breweries like Muddy York are still trying to be interesting.

Gaslight Helles Lager tastes almost as good as it looks. It’s refreshing, well-balanced and subtle, with a hint of the aforementioned floralness, a kiss of malty sweetness and even a touch of pilsner-like bitterness. It’s as easy drinking as a beer can be without becoming boring. The finish is very brief, which isn’t necessarily a bad thing for a lager. Best of all, there’s not a lingering sickly-sweetness that a lot of mass produced domestic lagers seem to have. If I'm right about lagers being the next big thing in craft beer (and I have been right before) than I hope their going to be a lot like Gaslight Helles Lager. Making something inherently boring, like a lager, catch your attention is a real feat. This beer is definitely worth sipping slow for craft fans and beer Dad's alike.