If you’ve ever had the dubious pleasure of tilting back a can of Holsten Premium, you’ve probably noticed the proudly displayed banner at the can’s bottom that reads “GERMAN PURITY LAW OF 1516.” This purity law doesn’t refer to, uh, other infamous German purity laws, but specifically to the 500 year old law  called the Reinheitsgebot, which governs what can legally be referred to as “beer” in Germany.

Saturday April 23rd marks the 500th anniversary of this law which originally stated beer must only contain barley, hops, and water (and was later amended to include yeast.) It was put in place for a number of reasons, including limiting competition for grains with bakers, and to ensure beer was brewed without odd – and possibly illness inducing – ingredients.

It started as a sound economic and food-safety initiative. But that was a half-millennium ago – and it has since outworn its value.

“I think it is antiquated and a bit too rigid in its design. I think that we have grown past what the Purity Law was about,” says Matt Sieradzki, Prud’homme Master beer sommelier and Bar Manager at The Craft Brasserie in an email.

“Ingredients have changed, as well as having more accessibility to all the ingredients in beer. Also the details regarding prices are pretty outdated, considering trade is massively different than it was in 1516.”

Sieradzki has a point – what worked 500 years ago doesn’t necessarily work now. With the explosion in craft beer, and the wide range of ingredients being used besides — and in addition to — hops, barley and water, the German Beer Purity Law is only holding back German beer.

That’s not to say there’s anything wrong with a traditional pilsner. Far from it – but limiting brewers to an extremely rigid lineup of styles is only going to undermine their creativity.

“German beers are great! Without nitpicking too much and having a broad interpretation of what are “traditional beers”, there are definitely styles that appeal to many of my tastes,” Sieradzki explains. “I love a Bock in the cold winter months, a Gose or a Helles in the summer, and you can never go wrong with a Marzen or German Pilsner any time.” 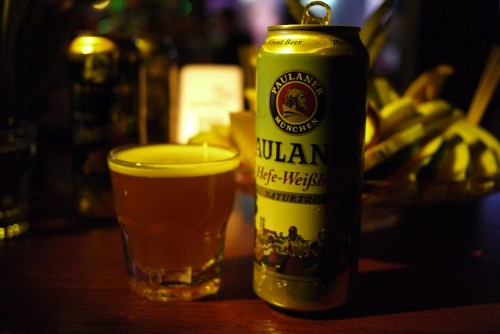 I also enjoy a good German beer. I whet my teeth on Paulaner, a beer I continue to love. But one thing every beer drinker has to admit – from a diversity standpoint German beer is a disappointment.

Right now, there is a serious push to bring Germany into the craft beer movement. With Stone Brewery opening a location in Berlin, and other breweries like Klosterbrauerei Neuzelle still battling after 600 years of operation to have their brew called “beer,” it seems like change is in the air.

“Like any law, I believe change is always necessary in improving the rules or categorization of anything. Beer laws throughout the world have undergone massive changes since 1516 and we live in a completely different world,” Sieradzki says. “So sometimes traditions are great, but laws need to change according to demand.”

The 500th anniversary of the German Beer Purity Law is this Saturday. It’s time to let this old tradition die, and usher in a new era for German brewers, and beer drinkers alike.

smoth, 7 years ago 3 min read
Beer, Behind the Beer