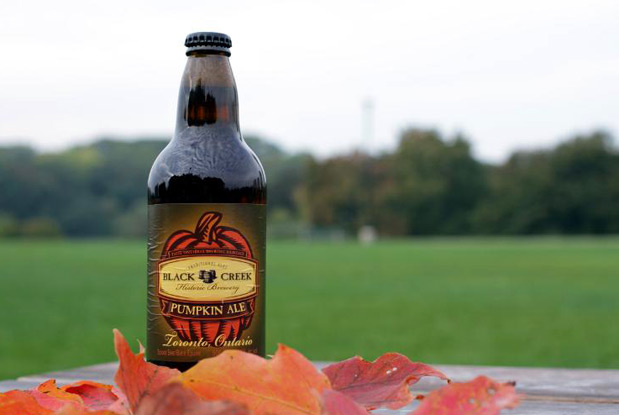 smoth, 8 years ago 0 2 min read 690
Ah, fall. With the change of the leaves comes an exciting change in beer menus and liquor-store inventory alike. While many get excited for pumpkin-spiced lattes, it’s another pumpkin beverage that my tickles my fancy. I am, of course, referring to beer.
Pumpkin beer is often little more than a marketing gimmick. Just one more flavour to capitalize on seasonal spending. Many beer companies leave it at that, they throw some pumpkin into their ale and call it a day. However, with a little research (and a lot of tasting) I was able to track down four pumpkin beers worth some consideration.
Black Creek Pumpkin Ale: Black Creek is a great example of Ontario craft-brewing, and their pumpkin ale is no exception. On the nose, it has a refreshing combination of pumpkin and spices, not overly strong but exceptionally pleasant. The taste is rather mild, the pumpkin more of a background flavour than the main show. The ale is sweet and flavourful, and at 5% alcohol it’s fairly reasonable to have one or two. Grab a bottle for $3.95 at the LCBO.

St. Ambroise Pumpkin Ale: This Quebec concoction was the first I tried which really proved to me the merits of this seasonal indulgence. It smells of ginger and cinnamon, with a kick of pumpkin. The taste is quite mellow, but the pumpkin comes through stronger than other comparable ales. A pack of four costs $9.95, and with only 5% alcohol it’s great to share or savour alone. 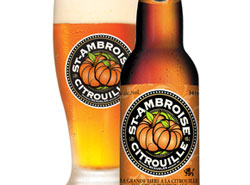 Shipyard Smashed Pumpkin Ale: This particular pumpkin ale means business. It smells like warm pumpkin pie, heavy on the nutmeg. The taste is very strong– baking spices and pumpkin sit heavy on the palate. It’s big too. At 9% alcohol and $7.95 for a 625mm bottle, it’s definitely something you’ll want to pace yourself with. Shipyard goes all-in on their pumpkin ale, and for those up to the task, their Smashed Pumpkin Ale is a great way to warm up on a fall day.

Southern Tier Pumking: Pumking lives up to its name, for it truly is the king of pumpkin beers. The smell is so potent you can practically smell it across the room. Cinnamon, nutmeg and vanilla are all present. The taste is very sweet, and the texture so smooth it evokes more pumpkin ice-cream than pumpkin pie. It packs a mean punch at 8.6% alcohol, and doesn’t come cheap. You’ll have to shell out $8.95 for a 650mm bottle. But for the king of pumpkin beers, it just might be worth it.

‘Tis the season to drink some interesting beer. Put together a grab-bag with some buddies, and do a pumpkin beer taste comparison, perhaps paired with some hearty food. Just remember; always sip it slow.

smoth, 7 years ago 3 min read
Beer, Behind the Beer