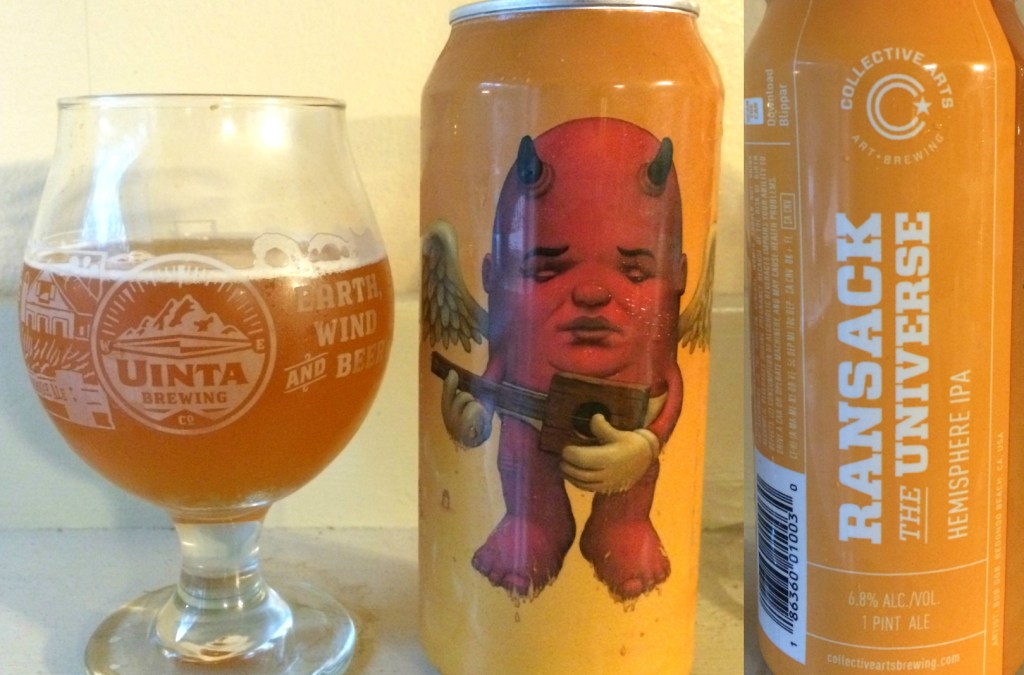 By that I mean, when you get in the habit of trying to fluff your Untappd  with unique beers, you get in a cycle of trying different brews constantly without ever returning to your favorites. This isn’t necessarily a good thing.

Thankfully, it was a return to an old favourite style (the much-memed IPA) that broke me out of this habit, and the beer that did it was Ransack the Universe by Collective Arts Brewing.

Named after a ramshackle vintage shop just down the street from me, Ransack the Universe is a bright, fun, character-rich IPA that has me going back for more every week. Here’s how it tastes to me:

Collective Arts has achieved something special with Ransack the Universe. It’s a potent IPA that remains pretty darn sessionable, in spite of its rather staggering 85 IBU.

This beer pours a lovely cloudy straw, with a vigorous carbonation and a thick, vibrant head. On the nose, it’s filled with lush fruit. Grapefruit, mandarin oranges, mango and passion fruit steal the show, a product of the lovely aromatic Galaxy Hops used in the brewing process.

Ransack the Universe tastes fantastic, and despite its high IBU, probably won’t scare off your average bitter-shy drinker. The tropical fruit on the nose remains on center stage in the mouth, with a crisp, citrus-like acidity brightening the sweetness. There’s a nice floral flavour as well, adding a layer of complexity. The finish is quite long, and while quite crisp and refreshing, not nearly as bitter as some other hop-bombs I’ve enjoyed. Ransack the Universe proves it’s an easy sipper after all.

It's great to have a go-to. Sometimes I don't want to wander the liquor store, peering into dim corners for new tall cans I haven't tried. Now, when I'm looking for something to wet my whistle, I find myself going in again and again for Ransack the Universe. It's restored my faith in IPAs and is definitely a beer you'll enjoy sipping slow.

O'leary Cabernet Merlot: More Palatable than its Namesake (if only slightly)