It’s high time to stow away the stouts and pack up the porters. The heat of summer demands a quality of refreshment that only certain beers can attain. While many people are content to shove a lime in their Coronas and call it an afternoon, I prefer to pick a beer that packs its own, unadulterated flavour, and can bear the task of quenching your thirst. Here’s my pick of the three summer brews to try.

St. Ambroise Apricot Wheat Ale: Normally, I avoid fruit beers. I find that often they’re far too sweet and simple for some serious sipping. But when it’s hotter than hell out and I don’t feel like digging into something too roasty or smoky, few beers serve better than St. Ambroise Apricot Wheat. It smells and tastes like nectar with strong essences of (you guessed it) apricot. The texture is beautifully smooth, and being a wheat ale it possesses excellent notes of citrus and spices. If you’re not much of a cocktail drinker but want to indulge your sweet tooth, St. Ambroise will do just the trick.

Southern Tier IPA: My love for IPAs is well documented (and if you’re so inclined you can read about it here), and Southern Tier IPA remains one of my favourites. The word ‘sticky’ is synonymous with summer, and sometimes you need something to enliven your parched tongue. Southern Tier is a well hopped, fresh beer that has enough bitterness to perk you up. It has strong notes of orange citrus, flowers, and fresh grass. It literally tastes like summer. Also, unlike some of its other IPA kin like Muskoka’s Mad Tom or Flying Monkey’s Smashbomb Atomic IPA, Southern Tier isn’t so bitter as to cause you palatal pain or bring tears to your eyes. But I definitely recommend you bring a Tier to your mouth. 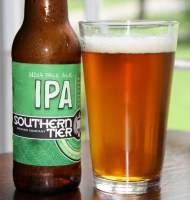 Denison’s Weissbeir: This is an absolutely fantastic offering from Denison’s, a brewery out of Toronto. This is a wheat beer at its most essential, with flavours of peaches, bananas and citrus fruit. A cornucopia in a can, Denison’s Weissbeir has just more to it than a lot of other ‘white beers’ in its field. While almost every macro domestic has a wheat (Molson, Rickard’s, Keith’s etc.), their just isn’t as much complexity in them to warrant drinking. If your going to go white for the summer, it’s hard to beat Denison’s Weissbeir for a sweet fruit cocktail of a wheat beer. 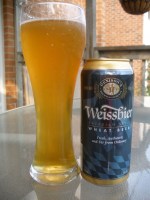 While many people are reaching for their gin and tonics, for beer drinkers there is just no substitute, no matter the season. If you’re not feeling darker fare, it’s time to try some beers designed for summer. Grab a few six packs, throw them in a cooler, and enjoy the weather. It’s time for some slow summer sipping.

smoth, 2 years ago 2 min read
Beer, Behind the Beer