smoth, 7 years ago 1 2 min read 344
What is evoked when you think of Irish beer? Why, Guinness stout of course! The world’s most popular stout, Guinness is an Irish institution. I personally adore it. However, while this mythological beverage may have the most notoriety, it is far from the only Irish beer. With its heavy mouth-feel, and dark roasted malt, it may be difficult to drink for hours on St. Patty’s Day—not to mention it doesn’t dye green particularly well. Instead, try one of the following tasty, straightforward, Irish beers.

Smithwick’s Ale: Brewed in Ireland’s oldest operating brewery and Ireland’s self proclaimed ‘oldest ale’, this beer is steeped in Irish tradition. A classic red ale, Smithwick’s has a pleasant ruby-amber colour and distinct roasted malt flavour, with a hint of some bittersweet chocolate. Overall, Smithwick’s is a well-balanced, simple ale. It manages to be highly drinkable without being boring—a rare quality in many ales. It’s very lightly hopped with fairly soft carbonation making it an ideal session beer for a saturated St. Paddy’s. 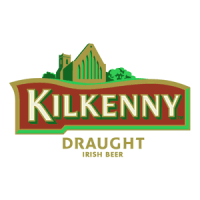 Kilkenny Cream Ale: Brewed by Guinness, Kilkenny bears one of the classic Guinness hallmarks of being nitrogenated. This gives this cream ale that same soft milk-shake mouth feel that Guinness stout is so famous for. If you grab a can of this beer, don’t be surprised if you hear a rattle—that’s from the Guinness patented ‘beer widget’ that maintains the nitrogen in the beer. However, unlike the stout, Kilkenny roasts the malt considerably less, giving it a more caramel malty flavour and making it less arduous on the palate over the long term.

Harp Lager: Initially brewed to meet the growing European demand for lagers, Harp remain distinct from its boring, bland and utterly wretched North American counterparts (here’s looking at you Molson). Undoubtedly the lightest beer on this list, Harp is refreshing with a touch of citrus, crisp acidity and a bit of hop character. Like most lagers, it has a very mild taste, which might be just the thing a malt-inundated palate will need after a vigorous St. Paddy’s day.
Ireland is a country known for its drinking. Its whiskies, cream liqueurs, and of course, beer are things of legend. For this St. Paddy’s day, forgo the classic Guinness stout in favour of some different Irish brews. With their lighter profile, easier malts, and more translucent colours (perfect for some green dye), these beers could be a new St. Patrick’s day tradition. And forget about sipping them slow. This is one day of the year you really don’t have to.