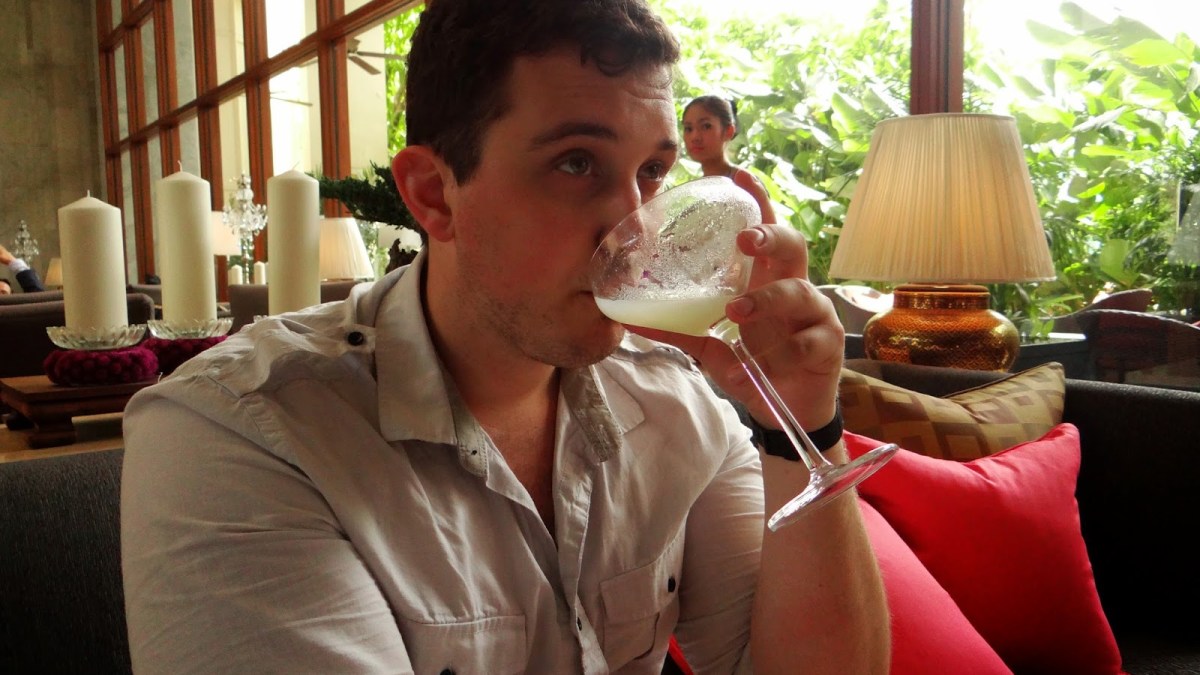 Backpacking through Southeast Asia hardly conjures images of 5 star hotels. But during my time in Bangkok with my girlfriend Christine, we decided to take a step outside the norm, and imbibe in a cocktail from one of the most famous and luxurious hotels in the world, Bangkok’s Mandarin Oriental.

The Mandarin Oriental is famous for a number of reasons. First, it is the oldest hotel in Thailand, built in the 1870’s. Further, the Mandarin Oriental boasts the record for most consecutive times being voted best hotel in the world (10), and accommodating famous literary giants like Joseph Conrad. It also serves cocktails to scruffy, sweaty tourists, apparently, something I’m incredibly grateful for.

After taking a cramped ferry ride down the Chao Praya River, Christine and I disembarked on what we hoped was the correct pier, and set off down a narrow street hoping to catch a glimpse of the fabled hotel. It was brutally hot out at nearly 40° C, and we had been walking the whole morning, so we really looked the part of disheveled travelers. After a short while, we spotted a sign for the Mandarin Oriental, and got our first look at the building.

It was simple, boxy and white, distinctly lacking the exterior flare I had anticipated from a 5 star hotel. The only signs of luxury were a costumed doorman, and a fleet of BMW 7 series parked off to the side on the long curving drive. The inside, however, was a different story. After summoning the courage to enter, and feeling more than a little out of place, dripping with sweat as we were, Christine and I entered the hotel. Densely air-conditioned, replete with a chandelier, and a prim staff, The Mandarin Oriental really looked the 5 star part inside. Spotting a café in the lobby, we headed over to see what, if anything, we could afford.

Settling on a luscious-looking mango pastry, we were offered a drink menu as well. Drinks. At the Mandarin Oriental. Tight budget be damned this was something Smoth can’t easily ignore. After receiving approval from my girlfriend/travel-treasurer, I ordered a Hemingway Daiquiri (cliché, I know, but I couldn’t resist), while Christine settled for an iced coffee.

The drinks were outstanding. My daiquiri was made with fresh-squeezed lime and fantastic rum, nice and stiff just the way I like it. But better than the drink itself was the atmosphere in the Mandarin Oriental lobby. Sitting in plush chairs, sipping cocktails, ogling the far-too-wealthy, made for a sublime experience I won’t soon forget.

My drink was so good I got a second (with only minimal grumbles from Christine). Complimentary nibbles were brought to us, and when our bill was brought, we were only asked to provide a room number. I had to meekly let them know we weren’t actually guests, merely imposters. Politely and without comment they fetched a credit card machine and I was able to pay the pedestrian way. This was undoubtedly one of my most memorable experiences in Bangkok, albeit one very far from traditional backpacking. The daiquiris were great, the location superb, and the company sublime. I made sure to sip the whole experience slow, and I encourage any travelers who get half a chance to do the same. 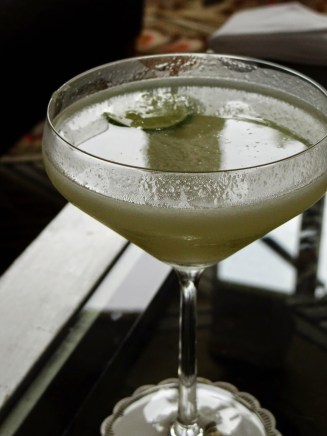