smoth, 7 years ago 2 4 min read 315
In the vein of my article ‘The Champagne of Champagnes’ I’ve decided to start a series called Sipping With Smoth, based on the best drinking experiences I’ve ever had. Sometimes a perfect amalgamation of setting and sipping can truly lead to an experience worth celebrating. One such experience was my first trip to a real craft beer pub, called ‘Chancey Smith’s,’ in search of Unibroue’s La Fin du Monde. 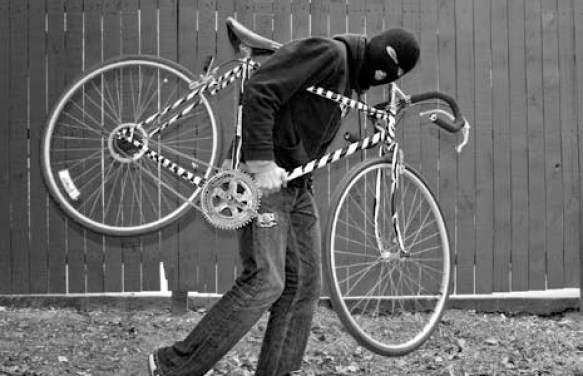 Back in 2010, I was essentially ignorant of craft beers. Completely unsatisfied with macro-domestics, I was frequently opting for wine or liquor instead of a beer. However, on a warm fall evening, my room mate suggested we find a bar that served La Fin du Monde, a Quebec beer in the Tripel style he had been recommended by a friend. With nothing else better to do on a slow Sunday, we biked to ‘Chancey Smith’s’ a bar we had seen downtown with a selection of over 150 beers. Presumably we could find our prize there.
Locking our bikes at a nearby rack, we walked into the pub and sat down at a small raised table. Our server handed us two thick beer menus, laden with strange sounding names, and unknown varieties. Pouring over it, we spotted La Fin du Monde and each ordered a bottle. Of course, in our ignorance, we had neglected to note the size of the bottle and were thus relatively surprised when two 750mm bottles of the beer were brought out. Never daunted by the prospect of too much beer, we both dug in to the sweet, elegant Quebec brew. At 9% ABV, La Finny packed a punch, but this was just the start for us.My room mate having been satisfied with his selection allowed me to select the next beer. We moved on to Paulaner Salvator, a fine Doppelbock: dark and delicious. Spurred on by our successes (and more than a little buzzed), we summoned our server and asked for a recommendation. Like any good salesperson, he suggested we try the incredibly expensive Black Damnation, an Imperial Stout of epic proportions. This one damn near knocked me straight on my ass. At 26% ABV it was more spirit than beer, but it was absolutely delicious. It seemed there could be no end to our frenzy, and we summoned the server for another round.At this point, both of us were shouting loudly about philosophy and Russian literature, much to the amusement (and/or aggravation) of the sparse patrons in the pub. I can’t ever recall being as excited about Kant. The menu was brought, and we chose another Unibroue, Maudite, a strong Belgian style ale. I have only the vaguest memories of this beer, but I’m fairly certain I enjoyed it, because against all odds, we ordered another round.This last beer has entered the annals of history for my room mate and I.
No matter how hard we try, neither of us can recall exactly what it was we had. All that can be remembered is that neither of us finished our pint, a truly shameful event. Our bill was brought, just exceeding $90, and after an exchange of currency we stumbled outside to retrieve our bikes.Except mine was gone. An ambitious Londoner had capitalized on my rather thin lock to cut it away and make off with my bike. At the time, a swimming void of emptiness was all I could see where my bike once was, and in my haze I thought I must have misplaced it. Alas, this was not the case, and I stumbled home one bicycle less.
This night was one of the best I’ve ever had. Truly unnecessary, gratuitous, and extremely expensive, it is one of the few nights I’ve ever had where I’ve loved every drink. Never before or since have I been so enthralled by each beverage brought, and it was on this night that my passion for craft beer was born. Despite the exceptional bill, the lost bike, and a Monday hangover that was truly unprecedented, I have no regrets for forgoing my maxim and sipping quite vigorously that sauced Sunday in 2010. 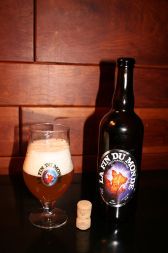 For those interested, Chancey Smith’s, while closed, has been reincarnated and reinvented with new ownership and in a new location under the name ‘Pub Milos: Craft Beer Emporium’. Their website can be found here.

Sipping With Smoth: Unlocking the Case for Rubicon’s ‘Cask Cabernet’