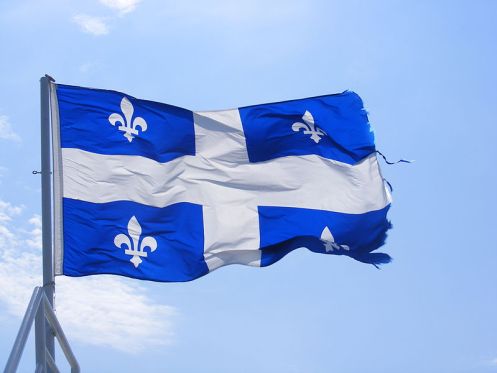 This country is a fantastic place to live if you’re passionate about craft beer. All across the nation, breweries are springing up catering to those who are sick of cookie cutter macro-domestic lagers. Of all the provinces putting out some damn fine brews, Quebec has to be considered among the best. Here are three of my absolute favourite Quebec beers, and among my favourite beers of all time.

St. Ambroise Oatmeal Stout: Certain beers are just too good to wait until the evening to drink, and St. Ambroise Oatmeal Stout by McAuslan Brewery is one of them. With notes of fresh espresso, mocha and just a touch of caramel, this stout almost seems more appropriate with a hearty breakfast. The oatmeal gives it a fantastic, meaty body and a milkshake-like texture. It finishes with a slight bitterness that nicely offsets the roasted malt and thick texture. Undoubtedly one of the finest stouts I’ve ever had the pleasure of drinking.

Dieu du Ciel Route des Éspice: When someone tells you a beer is ‘spicy’ they might mean anything from herbal to potent to flavourful. However, when I say Route des  Éspice is spicy, I mean your tongue will tingle and your throat will warm like you’ve just had a biting peppercorn steak. That’s because this rye-aged beer is literally brewed with green and black peppercorns. The flavour evokes notes of whiskey, citrus fruit, grainy bread, and of course, pepper. With such ambitious flavours, Route des  Éspice is anything but a session beer. It’s meant to be savoured slowly and sipped sparingly, something I urge everyone to try at some point.

Unibroue Maudite: Quebec’s answer to Trappist ales, Maudite is a big beer with a rich amber colour and a 8% alcoholic kick. It’s vibrantly carbonated, and very sweet making it suitable as an after-dinner beer. The flavour is bright with notes of apple, grapefruit and caramel malt. Arguably less lauded than its big brother La Fin du Monde, I actually prefer the slightly more roasted malt character of Maudite. Toted as ‘the first strong ale to be distributed in Quebec grocery stores,’ this popular Belgian-style ale should be fairly easy to find in most liquor stores and beer pubs, making it a perfect inclusion in your regular lineup.

The Quebecois sure know how to brew a fine beer. From solid stouts and badass Belgians to the experimental Éspice, I encourage everyone to taste some of the fine offerings from this fine province. Just remember to sip them slow.

Gift Cab Sauvs. to Impress In Any Price Range

smoth, 8 years ago 2 min read
Beer, Behind the Beer