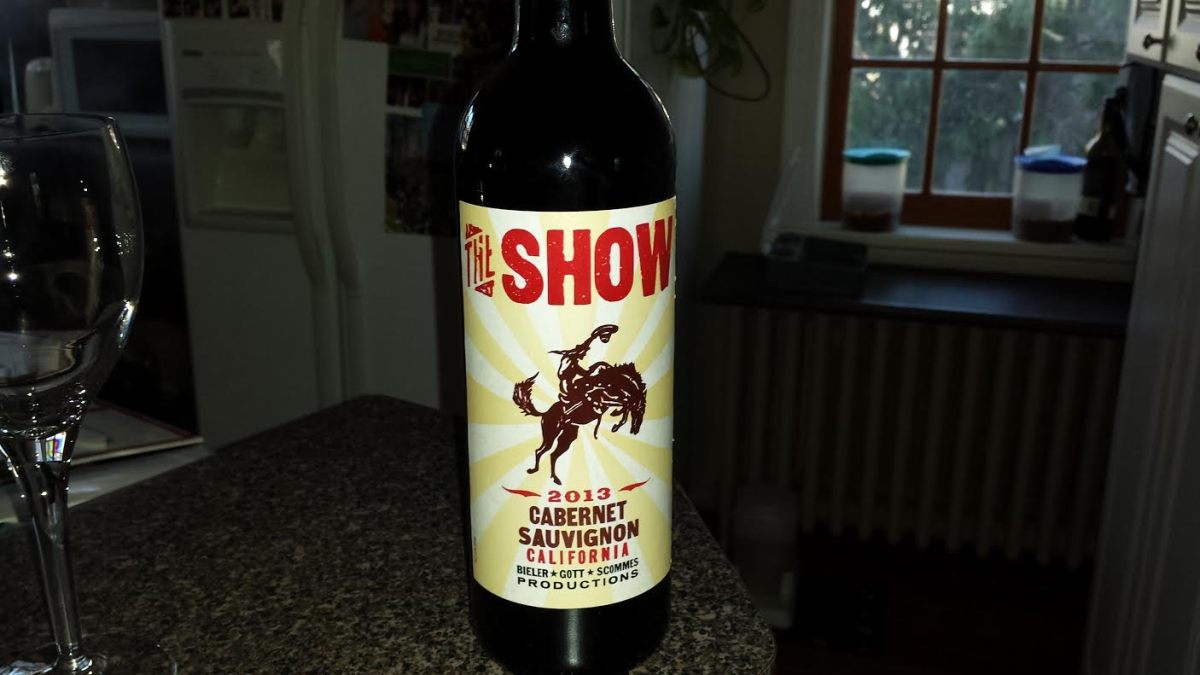 It was the slick branding that drew me to The Show Cabernet Sauvignon, but it will be the quality of the wine that continues to bring me back. My compliments to the Three Thieves, who nailed it with this wine. I'll have to track down other expressions of The Show, as I expect they'll be equally worthy of sipping slow.

It’s rare to find a universally appreciable wine. Some prefer reds, some prefer whites and some prefer beverages other than wine. But The Show 2012 Cabernet Sauvignon challenges this notion by providing a wine so well-balanced and accessible, it’s able to be enjoyed by an incredibly diverse audience. I personally drank it with a group of friends disinclined towards wine and all of them loved it, myself included.

Produced by the legendary Three Thieves out of California, known for their slick branding and snubbing of snobs, The Show lineup consists of four different wines including a Malbec, a Chardonnay and a Pinot Noir. All the bottles bear the eye-catching and attractive cowboy logo which — I’m ashamed to admit — was the entire reason I bought this wine in the first place. It just looked too interesting to pass over, and this time I’m thoroughly glad I judged a book by its cover.

As a rule, I abhor the term “smooth” to describe any drink — it’s become overused to the point of irrelevance. If you were inclined to use this term, however, The Show deserves it as much as any. It pours a rich, deep ruby,  perfectly clear, and sits heavily in the glass with long slow legs appearing. The nose is far from overpowering, but dense and rich with notes of blackberry jam, cedar wood and cooking barbecue. It’s a wine whose flavours work in a very subtle harmony, making it challenging to pick out individual notes — a challenge I’ve always relished.

In the mouth, The Show begins to reveal itself a bit more clearly. It’s a big, thick wine that makes its presence known, and it packs strong flavours of sweet wood, dark cherries, a hint of chocolate and a dry smokiness to round out the profile. The Show ends with a long, woody finish that is simple, but very good. While not particularly high in tannins, The Show has enough that you could lay it up for a couple of years, although I’d still recommend you drink it immediately — as for myself, I couldn’t wait.

Behind the Beer: Shannon Howatt is Breaking Down the Home Brewing Boy's Club