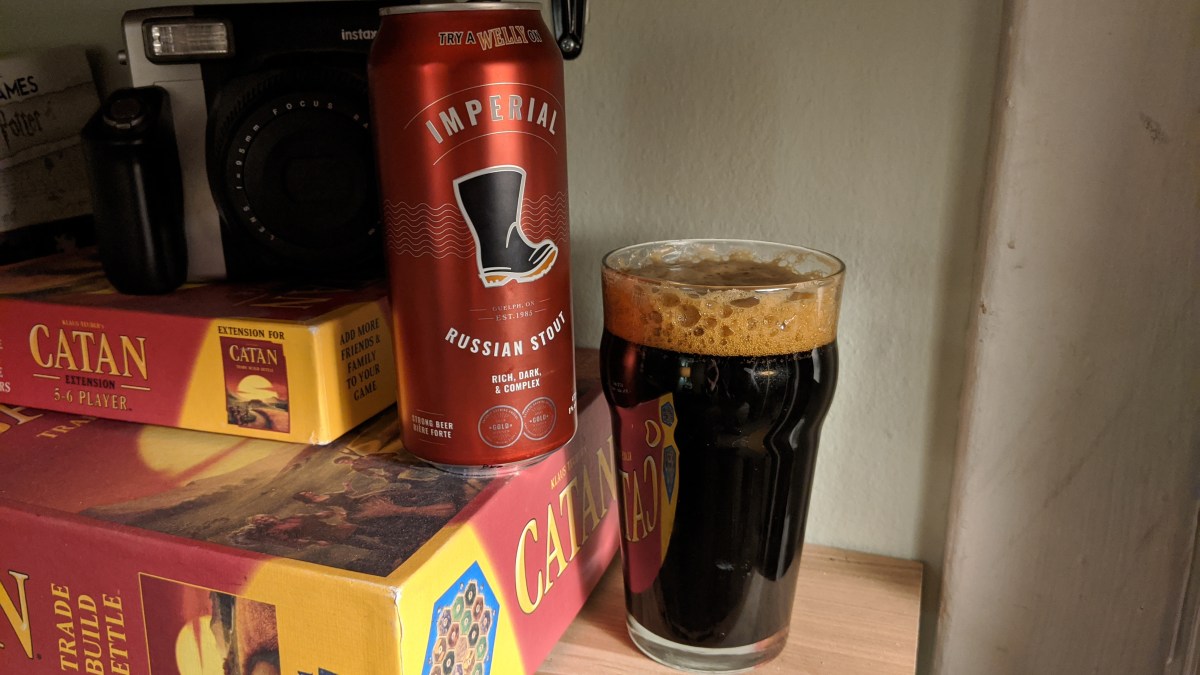 I’ve been drinking Wellington beers since almost the very first weekend I cared about craft beer. I remember my newfound love of hops lead me to their classic Special Pale Ale (SPA) that became a staple pint for me whenever I visited Guelph, where Wellington calls home. And while they’ve been brewing for decades, Wellington proves it’s still got some magic with their phenomenal Wellington Imperial Russian Stout.

Believe it or not, I wasn’t always a fan of dark beers — let alone the Imperial variety. Like basically everyone, Guinness was my gateway stout and when I fell in love with the blackness I fell HARD. Particularly in the winter time, where I feel a pint of darkness against the white snowbanks is aesthetic as hell.  That’s why I knew it was high time I reviewed Wellington’s Imperial Russian Stout and share it with you folks.

The “Russian” in this stout’s name pays homage to the high ABV stouts that the UK used to export to Russia during the Tsarist days. And Wellington does not disappoint in the alcohol department, offering their version at 8%, which will certainly go a long way to warming you up in the frigid months.

The Imperial Russian Stout pours a beautiful black, with a loose brown head. It certainly looks “imperial” in the glass. The nose is absolutely gorgeous, with strong notes of toasted almonds, molasses, and fresh ground coffee. It’s smell is quite bold, and i kept catching whiffs of my own beer as it sat next to me.

In the mouth, the first thing I noticed about the Imperial Russian Stout is how relatively light the body is. The carbonation is pretty mild, and the texture on the watery side. It’s not unpleasant, but I suppose I expected an anvil to land on my tongue with every sip. There’s a lovely roasted maltiness and a touch of caramel, with the aforementioned coffee kicking things up. You can’t even really notice the alcohol until the finish where it’s tang makes its presence known amidst sweetness and toasty notes. 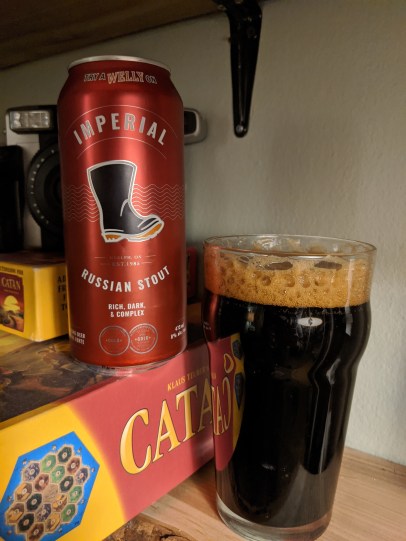 Wellington's Imperial Russian Stout is a burly bear of a beer fit to fight off the frost. And it's most certainly worth sipping slow.