What’s a ‘Wine’? Part I: Getting to Know Your Grapes

I started ‘Sipping With Smoth’ in large part to answer many of the questions I was receiving regarding alcoholic beverages, wine in particular. Thus, in the same vein of my earlier post What’s a ‘Whiskey’? I’m going to start an informational series on the intricacies of wine. 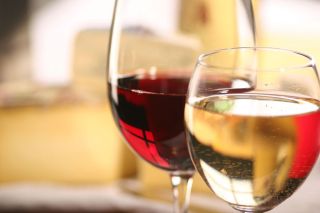 Approaching wine can be a bit daunting. So many terms, many in a foreign language, all connoting different information. One of the most important aspects of a wine is the variety of grape (or grapes) that are used to make it. This post is going to look at the three most common red and white grapes sold, and give a brief summary of what you’re likely to encounter. 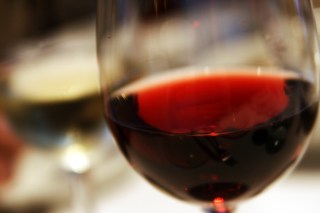 Cabernet Sauvignon: One of the most popular grapes word-wide, Cab Sauv is most notably grown in France, California, and Chile. It’s quite notorious for its heavy body, and high tannins (which cause the puckering, dry feeling in your mouth). Generally, Cab Sauv ages quite well, and is thus often used in blended wines to increase their longevity. Cab Sauv is also often blended with Merlot, because the softer flavour of Merlot is said to take the tannic edge off Cab Sauv.  Common flavours you’ll find in a typical Cab Sauv will be black currant, blackberry jam, vanilla, and in many, a potent oaky flavour that comes from the barreling process. Cab Sauvs have also been said to express flavours of green pepper, mint and eucalyptus, although these will be far less apparent to a beginners palate.

Syrah/Shiraz: Originally exclusively called by its French moniker “Syrah” this grape has exploded in popularity over the last couple of decades, largely thanks to Australia’s enormous production and marketing of it, dubbing the grape “Shiraz.” Another big-bodied, high-tannin grape, a good Shiraz will age very well, although your average cheap variety is certainly for “drinking now.” The flavour of Shiraz will vary widely depending on where they are grown, but common tasting notes include dark chocolate, blackberries, black pepper, and even leather.

Pinot Noir: The most famous grape out of France’s Burgundy region, Pinot Noir is also now making a name for itself in Oregon, and other Northern US states. It’s characterized by its lighter body and lower alcohol content than other reds. In the mid 2000’s, Pinot saw a spike in popularity following the movie Sideways, where it was the grape of choice for the wine-nut main character. It is also notable by its light colour (often called ‘garnet’) and it’s extremely broad range of flavours that change drastically as the wine ages. Primarily, however, Pinot Noir will express flavours of red fruit like raspberries, strawberries and red cherries. As it ages, the flavours will morph and become much more earthy, even fungal. This is sometimes referred to as a “barnyard” characteristic, and is generally considered a positive trait. Chardonnay: The most popular white grape worldwide, Chardonnay is grown wherever there is wine, although it originally  hails from Burgundy, and is now famously grown in California.While Chard possesses some of the most diverse flavours of any wine, the common Californian expression is quite oaky, generally with tropical fruit flavours like melon, mango and even pineapple. It generally has a heavier body and lower acidity than other white wines. The Northern French expression of Chardonnay is quite different; Burgundian Chard grown in the Chablis region is crisp, citrusy, with notes of mineral and even metallic essences. It’s impossible to pin Chard down to one stereotype, its best to research the region its coming from to predict the characteristics of the wine you buy.

Sauvignon Blanc: Another grape made famous by the French, Sauvignon Blanc is now seeing an explosion in popularity thanks to New Zealand, which is making very high quality Sauv Blancs at incredibly reasonable prices. Like Chardonnay, the characteristics of Sauvignon Blanc vary widely from region to region. Generally speaking, Sauv. Blancs exhibit flavours of grass and light herbs. In warmer climates like New Zealand, Sauv. Blancs express notes of strong tropical fruit like mango and passion fruit. While some vintners choose to oak their Sauv. Blanc, it’s still an unusual practice so expect very little woody taste in them

Pinot Gris/Pinot Grigio: Believed to be a mutation of Pinot Noir, Pinot Grigio is one of the best selling grapes because of its relatively low cost and ease of enjoyment. The Italians are to thank for its popularity, and most of this Pinot found in liquor stores will be from Italy. Low in acidity and tannins, Pinot Grigios are generally simple, refreshing wines that are meant to be drunk without much aging. Common flavours noted in Pinot Grigio include lemon zest, and other bright citrus fruit notes. Very good Pinot Grigio can also possess a pleasant minerality, not unlike a Chablis Chardonnay.