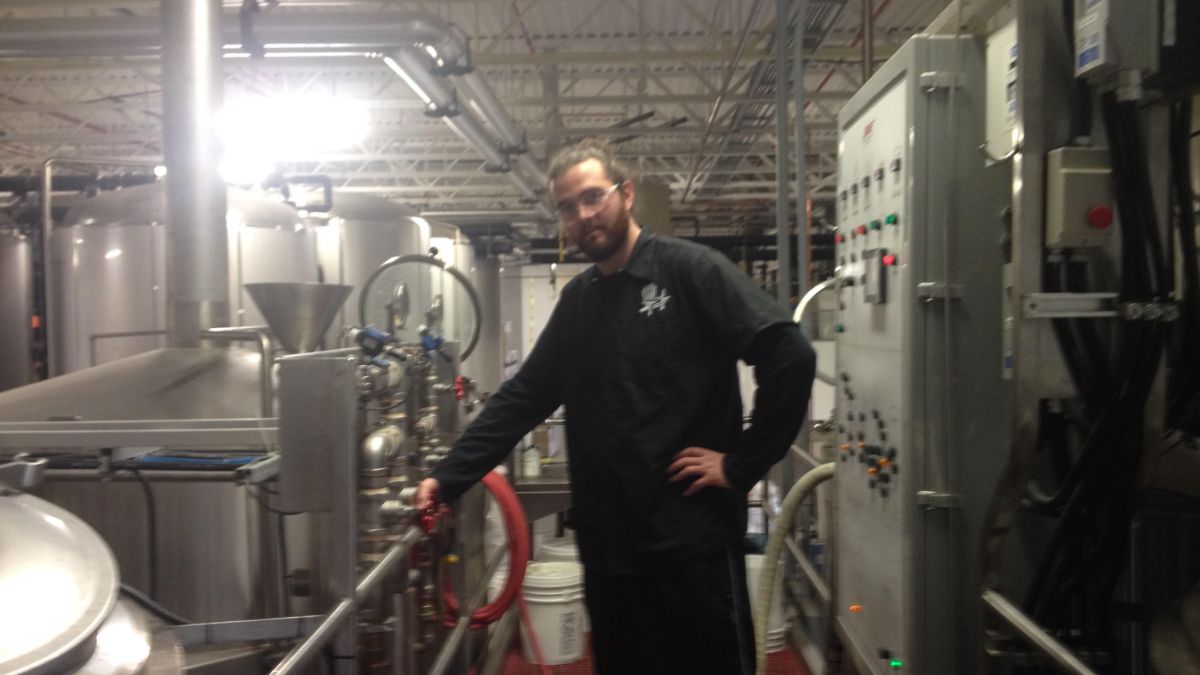 It’s easy for beer drinkers to sit around and talk about it until they’re red in the face (and frequently they do.) It’s simple — and often fruitless — to try and guess the next big trend or jabber about tasting notes. But for true insight, you have to actually be in the industry.

Anyone who has followed my blog for an extended period of time knows I’m a huge Muskoka fan boy, from their delicious Detour IPA to their brawny Winterbeard Stout to their tongue-tingling Twice as Mad Tom Double IPA, I’ve covered them often, and will continue to do so as long as they create products of such high quality. So when I found out an old high school buddy, Sean Campsall, was brewing for Muskoka, I absolutely had to pick his brain.

“From the moment we get the ingredients in, we’re focused on quality,” Campsall says about Muskoka. “It’s just really good quality beer. We’re an IPA brewery, so we use the best hops you can use.”

No one can deny that. Mukoka has ridden the wave of IPA popularity the last few years with it’s devastatingly good Mad Tom and its aforementioned big brother. But now that the IPA trend is waning and individuals are branching out from basic bitter beers, what’s to come next? Thankfully, Campsall has an inkling.

“The next big trend will probably be more sessional beers,” he explains. “It will still be beers with a lot of flavour and a lot of character, but they’ll be a lot lighter in alcohol so people will be able to have more than one. It will appeal to more people as well.”

Not that the higher alcohol of IPAs was exactly keeping me away from a second pint, but I don’t mind the idea of being able to finish a six-pack without losing my coherency and basic motor functions. I quite agree with Sean about sessional beers — as craft beer becomes more and more hip to drink, people are going to be eager to get off the big breweries. But for palates softened by flavourless lagers, they’re going to need something to ease themselves into the experience with. Campsall thinks this trend will contribute to a further increase in craft beer’s popularity.

“One hundred percent, Craft beer is going to be more popular, ” he says.

“I mean, you can choose what you want to drink. [Macro Domestic breweries] only offer a few beers and they’re all very similar. With craft beer, you can choose ‘hey, I like fruit, I’m going to go try this fruit beer’ and that can start you off into trying all the other ones, because it’s not just the added fruit you like, it’s the yeast character and then you might think ‘oh I like some hops as well.'”

Campsall was (understandably) tight-lipped about upcoming products and experiments from Muskoka. I mean, why tip off the competition? However, he did mention an affinity for sours, and wants to make one for Muskoka. First, however, he’ll need permission from the higher ups, so you might have to wait a while on a Muskoka branded sour beer.

The big question, though, is what does a brewer drink? Of all Muskoka’s offerings, which is the favourite of a brewer?

“Right now, the Winter Weiss. It’s our winter wheat beer, and it’s pretty much like Christmas in a bottle,” Campsall explains. “It’s so good. The yeast we use has nice spicy notes.”

“Muskoka’s a great place,” Campsall says. “I can’t wait to see where we go in the future so keep your eyes open.” 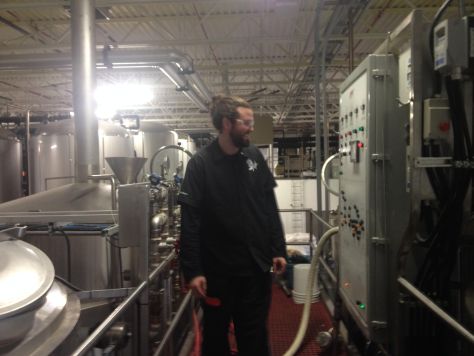