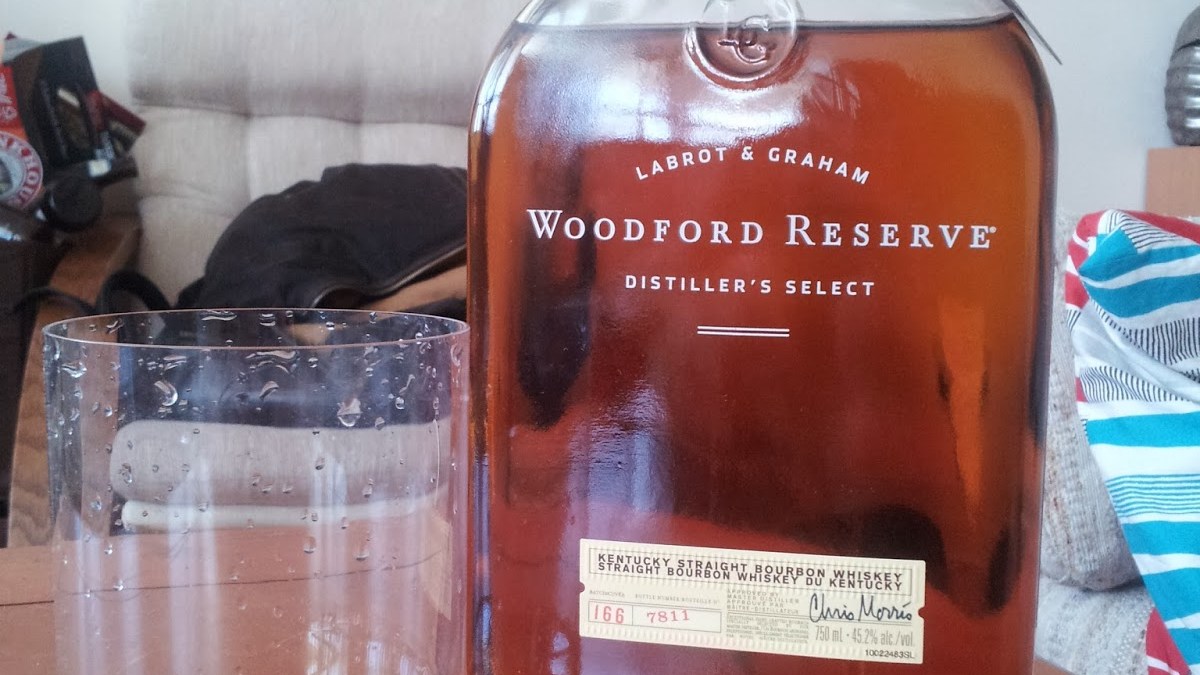 If you could somehow transport yourself into a Faulkner novel, walk to the nearest liquor store and buy a bottle of bourbon, it would likely taste just like Labrot & Graham Woodford Reserve Bourbon. It’s the quintessential bourbon: Potent (at 45.2% alcohol), rich (it’s got a mouth-feel that makes some single malt scotches seem like water) and, of course, Kentuckian (it is literally the official bourbon of the  Kentucky Derby.) It’s a whiskey from a different era, one absolutely refusing to pander to a wider audience with sensitive taste buds. If you can handle the kick, it promises a flavour easily worth its nearly $50 price tag.

In its current manifestation, Woodford Reserve has only been around since 1996. However, the building in which the bourbon is distilled has been operational since 1838, making it the oldest distillery in Kentucky. Needless to say, Woodford Reserve is steeped in considerable history, lending to its charm. Brewed in small batches, Woodford Reserve bears the batch number and the bottle number on its label (mine was Batch 166, Bottle 7811). Just to add to its mystique, this is the bourbon the Kentucky Derby used to make their ultra-premium $1000 mint julep. Yup.

History and marketing gimmicks are all well and good, but it’s the tasting experience that really matters, and Woodford Reserve doesn’t lag here. Its appearance reminds me of Forty Creek Copper Pot Rye, with a deep amber colour and absolute clarity. Woodford Reserve smells very sweet and rich, almost like honey spread on warm homemade bread. Despite its high alcohol content, the fumes were far from overwhelming, only really kicking me when I stuck my nose in. Underneath the sweetness, I could make out a hint of tangerine, something I wasn’t expecting, but pleased with.

As for the taste, it was astoundingly good. I felt like I was getting the extremely high-end bourbon experience from a bottle I could actually afford. The charred wood was very forthcoming, giving it a vanilla-meets-cedar flavour. The tangerine I detected on the nose was much less apparent after a sip, but I could still make out a sweet citrus undertone, and even something akin to canned peaches. The alcohol caught up with me after a few sips, and I could feel my throat and stomach warm up with every swallow. But damn was it good.

If you like big whiskeys, you’ll like Woodford Reserve. It doesn’t play around and gets right to the point, with its bold flavours and incredible richness. Oh, and if a bit of an alcohol kick perturbs you, this might not be your beverage. But if your looking for an alternative to your Islay scotch, Woodford Reserve might be just the thing, as long as you sip it slow.