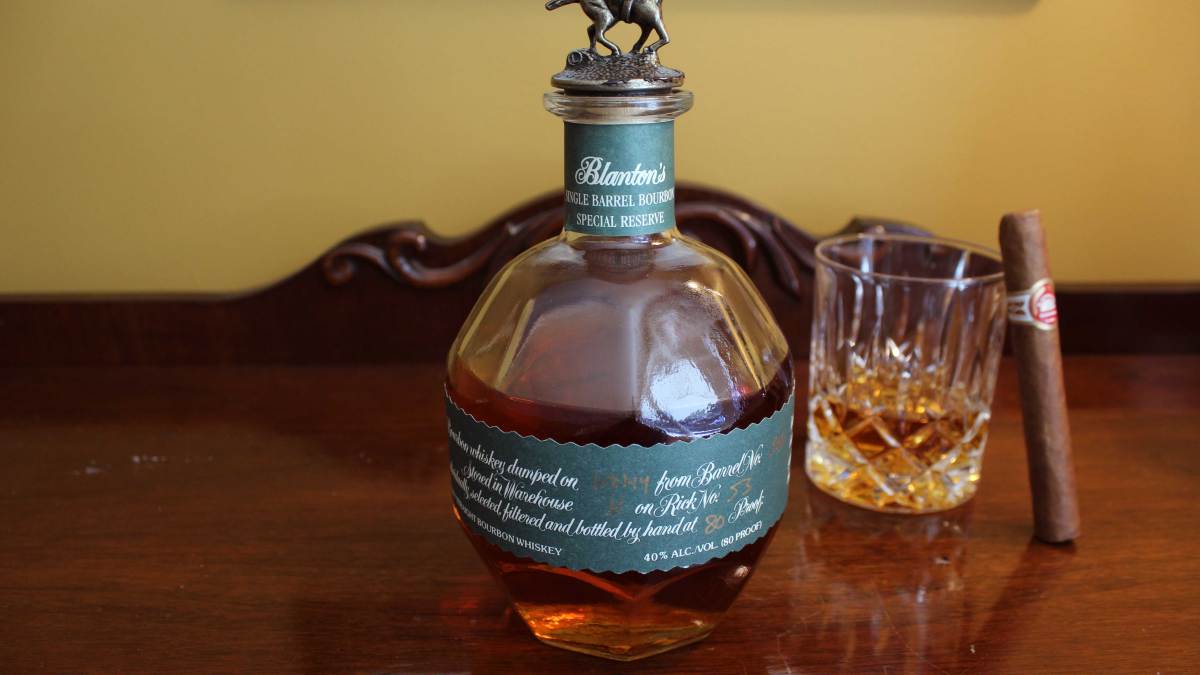 Frankly, if you're a bourbon drinker, you can probably skip this one. The Blanton's Original is awesome, and should sate your lust for cool bottles. Even if you want to introduce a new drinker to bourbon, you can do better with a subtle starter like Four Roses Small Batch, which brings a ton of complexity to a subdued beverage. Blanton's Special Reserve was good to try once, but there are better bourbons to sip slow.

“Special” increasingly bears a negative connotation in our society, and Blanton’s Special Reserve bourbon is leading the charge. “What?” you’re thinking. “I haven’t seen this in the liquor store!” And you’d be right. This “special” bourbon is exclusively sold abroad, and thus rarely makes it to Canada (or the States, for that matter.) Luckily for me, Papa Smith picked up some returning from vacation and I was excited to try this exclusive bourbon.

On Blanton’s website they describe the Special Reserve as:

“Created as an introductory edition to our full lineup, Blanton’s Special Reserve is ideal for those new to single barrel bourbons. A sweet taste profile with a floral nose and light undertones of vanilla and citrus make it perfect for a premium cocktail or served on the rocks.”

I have to respectfully disagree. Unless introductory means “only barely tastes like bourbon” in which case I’d say they nailed it. And as for “premium cocktails” I actually like to taste my premium whiskey in the drink — and I could barely taste Blanton Special Reserve neat.

I’ll give it this: It looks sexy in the bottle. Blanton’s has nailed an aesthetic, and if you just want to impress someone with the bottle, this will do the trick. Once you get over the “Holy Hand Grenade” facade though, you actually have to pour it, and here’s where Blanton’s Special Reserve falls apart. On the nose is…corn? More corn? A whiff of corn? Ok, I’m being too critical  — if you try you can maybe eke out a whiff  of raisins and a smidgen of rye spice. But that’s it — there’s not even a trace of alcohol fumes.

That can be explained by the low ABV. Blanton’s has obviously established that someone new to bourbon isn’t going to enjoy a high proof bomb. The thing is, though, Blanton’s Special Reserve is practically a lie. It’s so easy to drink it feels like someone pre-added water. It’s very corny, with only a bit of charred wood to give it a kick of sweetness. The rye brings a bit of spice, and its all honey and mandarin oranges as it pulls towards the brief finish. I know it sounds good — it very nearly is. But its like listening to a great song being played two rooms over. It lacks the visceral interaction with the drinker. I’m more of a fan of Elijah Craig, which gives you a big firm handshake when it greets you, not the limp fish Blanton’s Special Reserve is feebly proffering. 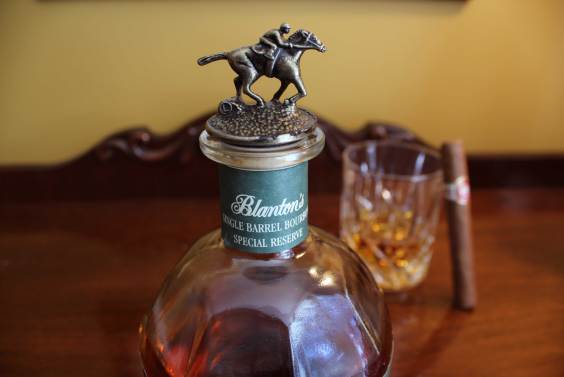 'The Show' Cabernet Sauvignon is a Wine That Shows Off

Arch Brewing's Dinner Jacket O'Red IPA is Worth Trying On