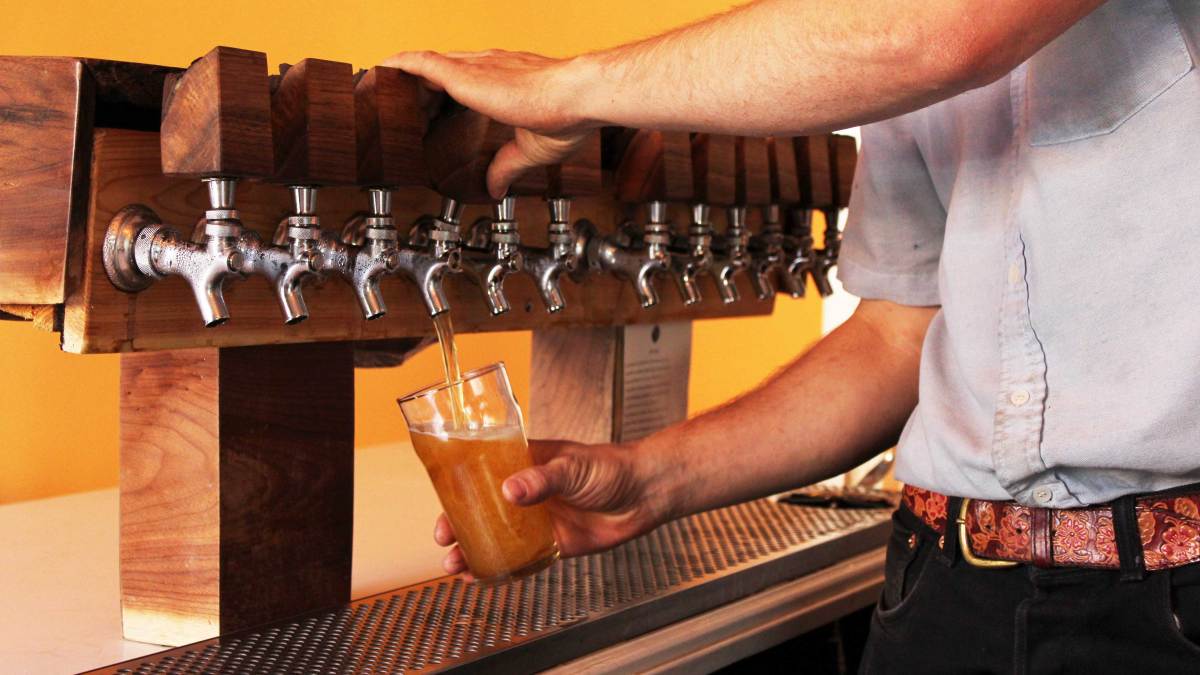 If you like cities and beer, you’d be hard pressed to live in a better spot than Toronto. A thriving craft beer community has sprung up, and nowhere is it making more of an impact than on the west side.

Naturally, as a west side dweller myself, I’ve made it a mission to sample from as many watering holes as I can. Most are quite good for one reason or another — be it the patio, the staff, the selection or the price. But there’s three I find myself returning to more and more frequently, and will continue to do so.

Check out these if you’re looking to grab a craft beer on Toronto’s west side:

Located among the decaying ruins of a once-industrial area, The Greater Good proudly plants its flag on Geary which is on the cusp of a major revitalization.

It’s not a brewery, but a good old craft beer pub. Or rather, a good NEW craft beer pub, as Greater Good has only been around for a couple of years now (although the owners also manage the famous Get Well bar.)

Like Get Well, Greater Good features a bustling arcade space for some old-school gaming and a North of Brooklyn pizzeria. However, the arcade’s been tucked away upstairs leaving lots of space for simple drinkers like myself. Speaking of drinking, Greater Good has an amazing rotating tap selection of local flavours, many of which are hard to come by elsewhere.

But if you come for the beer and games, you’re staying for the venue. Featuring a cavernous cottage-like interior and a spacious patio, your likely to find a seat available except on the most crowded of nights. This is a must stop if you happen to find yourself wandering north of Bloor.

A post shared by Blood Brothers Brewing (@bloodbrothersbrewing) on Jul 4, 2017 at 5:02pm PDT

Have you figured out I love Geary yet? Something about its derelict aesthetic (and lack of crowds) make this soon-to-be-gentrified street a hidden gem. Smack in the middle is one of the best little breweries in Toronto, Blood Brothers Brewing.

If The Greater Good was unabashedly a bar, Blood Brothers is unabashedly a brewery albeit one with a lovely (if not enormous) tasting room. There’s also a little pocket patio for nicer weather with a view of the cute park across the street.

The story here is the beer. Blood Brothers sell exclusively their own concoctions — and no one who’s popped in for a pint is complaining. From their flagship IPA Shumei to their extremely inventive sour series Paradise Lost, Blood Brothers has a beer for every drinker (and several if you’re me.) Make sure to grab a few bottles for the road too — they’ve usually got a fully stocked fridge.

Although the restaurant/venue are closed, the bottle shop is open all day! 11am-11pm! 8 different beers available!

If you’re a reader, you’ll note I’ve covered these folks before. And if you’ve ever visited me in the city, I’ve almost certainly dragged you here, rain or shine. Burdock is undoubtedly my favourite craft beer venue in the city and a must stop for the imbibing enthusiast.

First and foremost, Burdock’s beer is among the best in Toronto. From their weird and wonderful sours to their remarkably drinkable session ales and everything in between, Burdock remains a force of innovation in an already creative industry.

They’re more than a brewery, however. Burdock’s a restaurant with fantastic food. It’s a music venue with local acts playing in a sound-proofed, separate space. It’s a pub with some of the best local craft brews on tap. And it’s got a bottle shop (open late and on holidays) selling the unbeatable Burdock brews.

The inside is attractively appointed and the petite patio makes for some great people watching as you sample the latest experiment. I cannot recommend Burdock more highly for a solo pint, romantic date night, or a night on the town.

I live in a great spot for walking-accessible craft beer venues. And if you’re ever in the neighbourhood, the above are three venues I’m finding myself at time and time again. All are worth grabbing a pint of local flavour and sipping it slow.

smoth, 2 years ago 4 min read
Beer, Behind the Beer