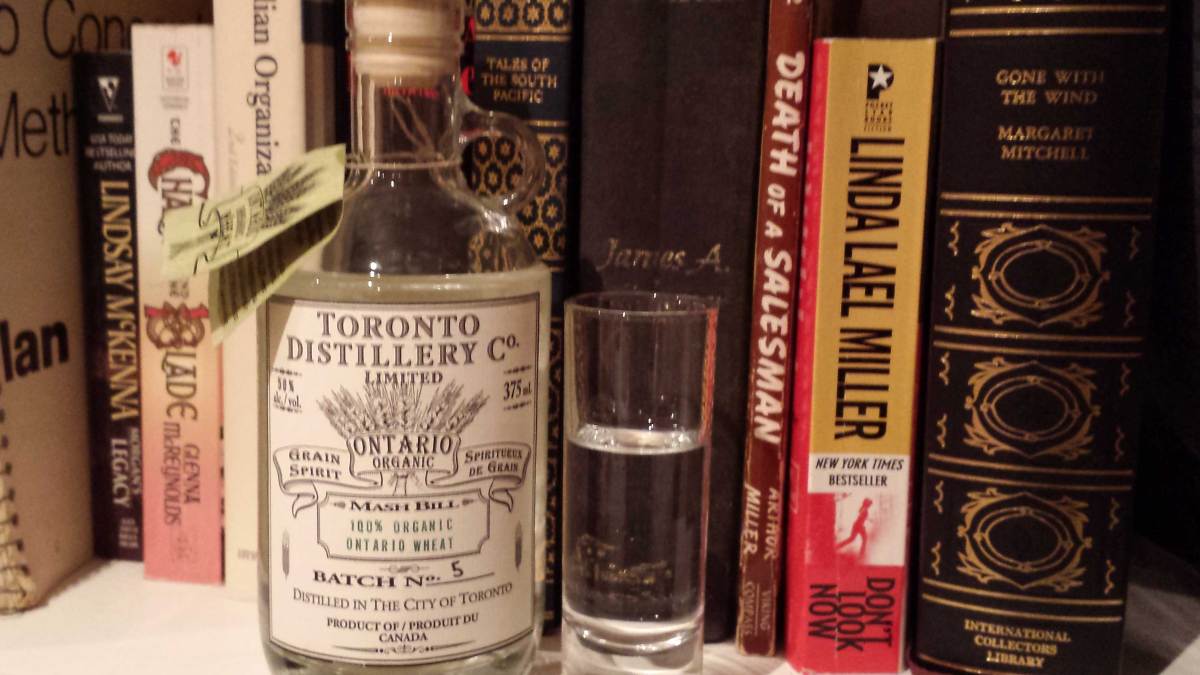 What began as a simple tasting and review has evolved into a public service announcement: stay away from “White Dog Whiskey.” Yes, it might be in vogue, and yes, that cool cocktail place downtown uses it in an $11 drink. But trust me, I’ve tried it, and it isn’t good not even for the gimmick — especially when you consider the exorbitant price. But first, what exactly is White Dog Whiskey?

Well, technically, it’s not whiskey at all. Legally, whiskey has to be aged in oak for a set period of time. White Dog Whiskey is technically un-aged grain spirits. It’s like half-finished whiskey, without all the nonsense of maturing it or waiting until it’s ready to drink. Oh, and back to the price — the little 375 ml bottle of Toronto Distillery Organic Wheat Spirit pictured above costs an unbelievable $39.95. For that I could get a bottle of delicious, properly aged Elijah Craig Small Batch bourbon, or you know, any other drink I’d actually enjoy. White Dog Whiskeys have gained popularity among enthusiasts who age it themselves in oak, or cocktail enthusiasts who blend it into different drinks. As for sipping neat, however:

I’m sure Toronto Distillery’s Organic Wheat Spirit can’t speak for all White Dog Whiskeys. That said, it bears certain traits I’m absolutely certain are ubiquitous among grain spirits. It pours clear, with a somewhat higher viscosity than you’d see in a premium vodka. It smells aggressively alcoholic, with notes of grass clippings, vegetables, and citrus rind. It’s not utterly unpleasant, but seems to be lacking a great deal of complexity and refinement. The fumes are so potent your eyes will water if you sniff it too long. It’s clear that White Dog Whiskey is simply code for moonshine.

Sipping it is the real let down. The Organic Wheat Spirit I tried was exceptionally harsh, requiring a “gasp and head shake” I haven’t had to do since high school. It was overwhelmingly vegetative, with mown lawn, green pepper and sunflower seeds taking the forefront. It does have a not-unpleasant punch of pepper corns, and a bright lemon zest finish — but it’s not enough to justify drinking it neat. As for cocktails, I racked my brain trying to think of a suitable drink. It might go well with tonic, but since I can get 1140ml of Bombay Sapphire gin for the same price as 375ml of this White Dog Whiskey, I’ll probably stick to my G and Ts.

I don’t mean to knock Toronto Distillery Co. They’re a local, up-and-coming distillery, taking advantage of a hip trend in whiskey. Who can blame them? But as a drinker, I highly recommend you skip it, unless you feel compelled to, just once for the gimmick. It tastes unfinished, unrefined — and frankly — unpalatable. White Dog Whiskey is one type of drink I wouldn’t recommend sipping slow.

Behind the Beer: Shannon Howatt is Breaking Down the Home Brewing Boy's Club