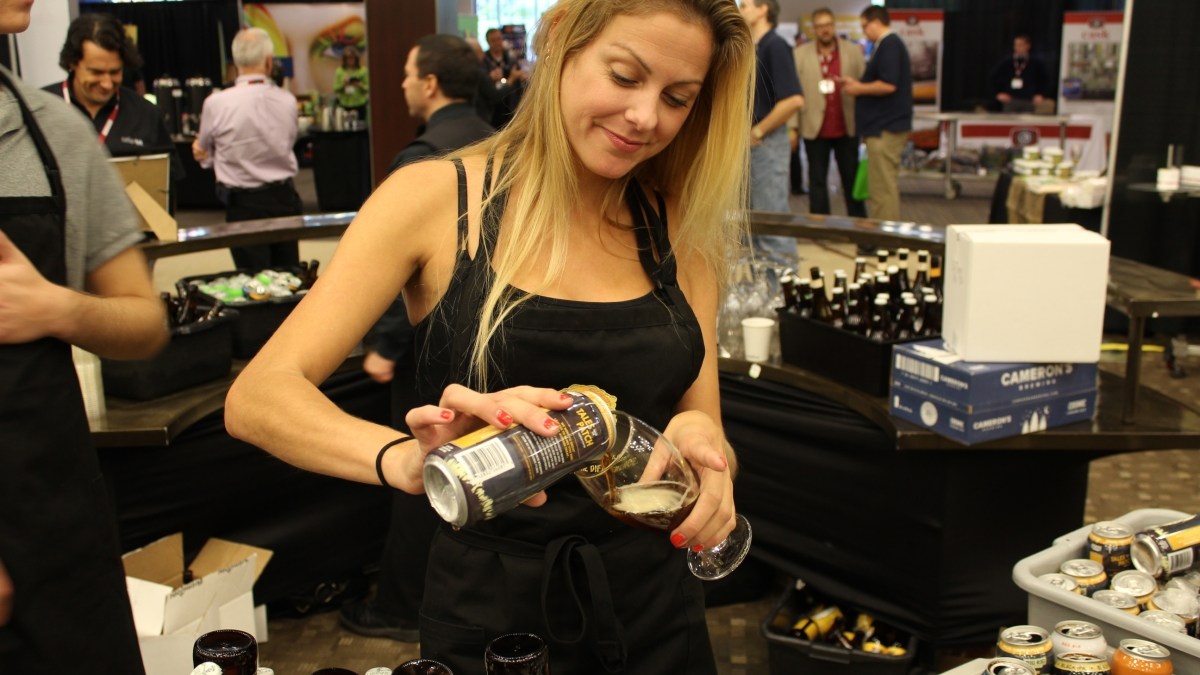 Yesterday saw the greatest gathering of well-bearded folk in all of Toronto — the Ontario Craft Brewers Conference & Suppliers Marketplace. Taking place at the Allstream Centre, this conference was to inform, educate and network, all while drinking the seemingly endless supply of good Ontario craft beer present.

I had the absolute pleasure of attending as a guest of Moore and McLean insurance (shameless plug) and it gave me a great opportunity to learn where craft beer is heading and peep some of the new up and coming breweries.

Here are some of the highlights from the event:

Several speakers kicked off OCBC 2016, but of them Cam Heaps from Steamwhistle Brewery had some of the most interesting things to say, particularly regarding the challenges Ontario craft breweries can expect to face. He began by saying that the OCBC was for the express purpose of finding new ways to make craft beer a “more beautiful and viable industry,” a sentiment well received by all in attendance.

The number one issue Heaps saw arising was beer quality, or rather a lack thereof. Due to the enormous rise in consumer demand, quality complaints have apparently been rising at “an astronomical rate.”

“It’s not just what comes out of the brewery, it’s what’s hitting the consumers’ lips,” Heap said, making note of the degradation in quality that results in the handling and storing of beer products once produced. He urged brewers to undergo thorough lab testing and quality control to ensure top-notch, long-lasting quality for consumers.

Another issue faced by craft breweries is the rise of Macro breweries interested in adopting the guise of “craft.” Heaps said that big breweries were no longer trying to compete directly with micro breweries — instead they were simply buying them out and not touching the (like Mill Street) to maintain the fan base, and guile consumers into thinking they were enjoying independently-produced beer.

Heap fears the Macro breweries would leverage their distribution networks to block craft breweries from distibuting on a national level, and urged a joint, national effort to lobby for a fair, and regulated network. He called regional distribution “horseshit” and hoped for an open and fair market for all Canadian brewers.

Based on the booths present in the market place, it appears there are two major players diving head first into the craft industry — branding businesses and insurance companies. At least half of the booths were dedicated to bottle branding, labeling and packaging, and another good chunk were insurance companies looking to sell protection to budding breweries.

The branding booths proudly showcased the labels and packaging they’d done for other breweries, and frankly they looked amazing. One way craft beer is going to outpace its Macro-domestic competition is with the slick branding it has adopted.

In addition, there were numerous booths selling brewing equipment and new tech and a number of educational booths for those looking to pursue beer accreditation (like Cicerone, for example.)

There was a lot of hustle and bustle, and the sound of business cards exchanging were like dry leaves in a stiff wind. It was a great place to network, and I met a lot of interesting suppliers and brewers alike in the process.

Full disclosure — I only attended the “Thirst for Knowledge” class in its entirety, as I spent the rest of the time rubbing elbows with Ontario brewing royalty (or standing behind them fawning anyways.)

Nonetheless, the class I went to was incredibly informative, and the rest of the lineup looked incredibly interesting (See below for a blurry awful picture of the agenda.)

Here’s some things I learned about draft quality:

The Ontario Craft Brewers Conference 2016 was a hell of a good time. I drank a ton of good beer and met some great people. For those really interested in getting a good cross section of the industry, I highly recommend attending next year.