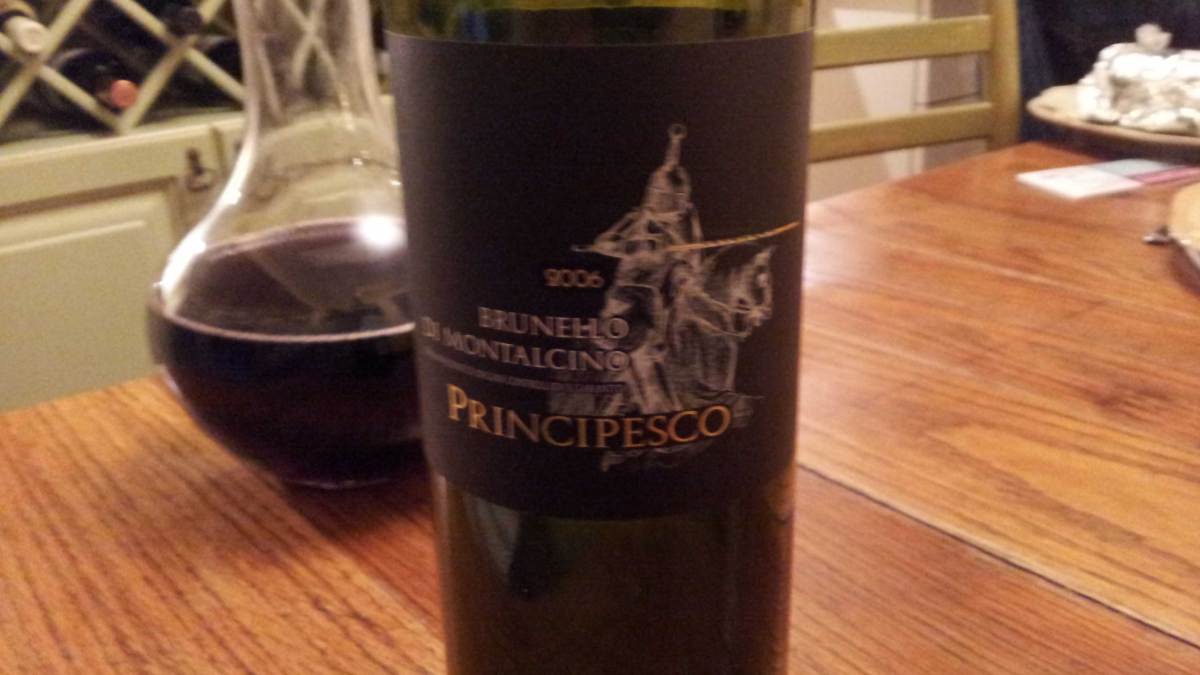 Most people opening a wine are about as concerned with aeration as they are with the shape of the glass they’re drinking from — which is to say, very little. Sometimes, it’s not overly important, if you’re just popping a cheap-and-cheerful “drink now” wine. It’s unlikely you’ll notice a tremendous difference. But for some wines, especially burly Italians like the 2006 Brunello Di Montalcino Principesco, aeration is as essential as a corkscrew.

When you’re drinking a really old wine (think 20 years plus), properly aged, you won’t need to aerate it much. Aeration is the oxidization process of the wine, changing the very chemistry of it and bringing out the earnest expressions of the juice. However, after 20 years of slow oxidization in the bottle, few wines require the the extra breathing time. For younger wines, with a great deal of aging potential, you must aerate them thoroughly in a decanter or in a glass to properly expose them to air and “open them” which shows their true colours. Bottle aeration is insufficient, as the tiny top opening does not allow enough air in.

Like many big Italian wines (think Amarone, Barolo, Barbaresco) the Principesco needed aeration — and a lot more than I originally thought. Of course I decanted it, but only for about 45 minutes. For Italians of this stature, you could go as long as three or more hours in a decanter, or at least an hour in your glass. When I poured the Principesco, I smelled good notes of cherry, plum, wet earth and black pepper on the nose. But when I took a sip — almost nothing.

Seriously, it was almost like it was wearing a cloaking device against my tastebuds. I immediately thought of the line from Sideways when Myles describes a wine as “tighter than a nuns asshole.” So, I resolved myself to being patience and seeing what this wine made of itself. After another half hour in the glass with plenty of swishing around, an incredible change was made. This wine was plummy and very earthy with a backbone of spicy wood. The flavours came alive compared to my previous sip, even if they were still a bit lighter than I had hoped.

While not one of my favourite Brunellos, the Principesco reminded me of the value of aeration. Patience is a virtue in the case of wine, and I should have known better than to decant for a pitiful 45 minutes. It’s something I’ll pass on — remember, sometimes aerating it slow is as important as sipping it slow. 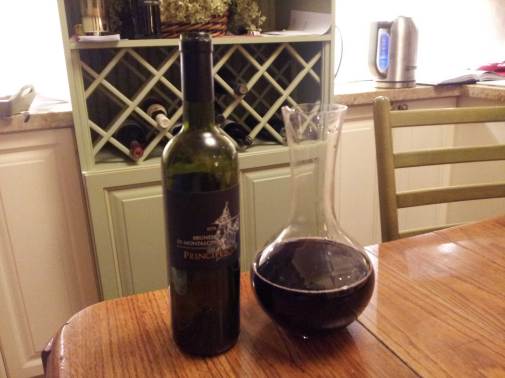 How Volcanoes Make the Most Interesting Wine — Green Moxie