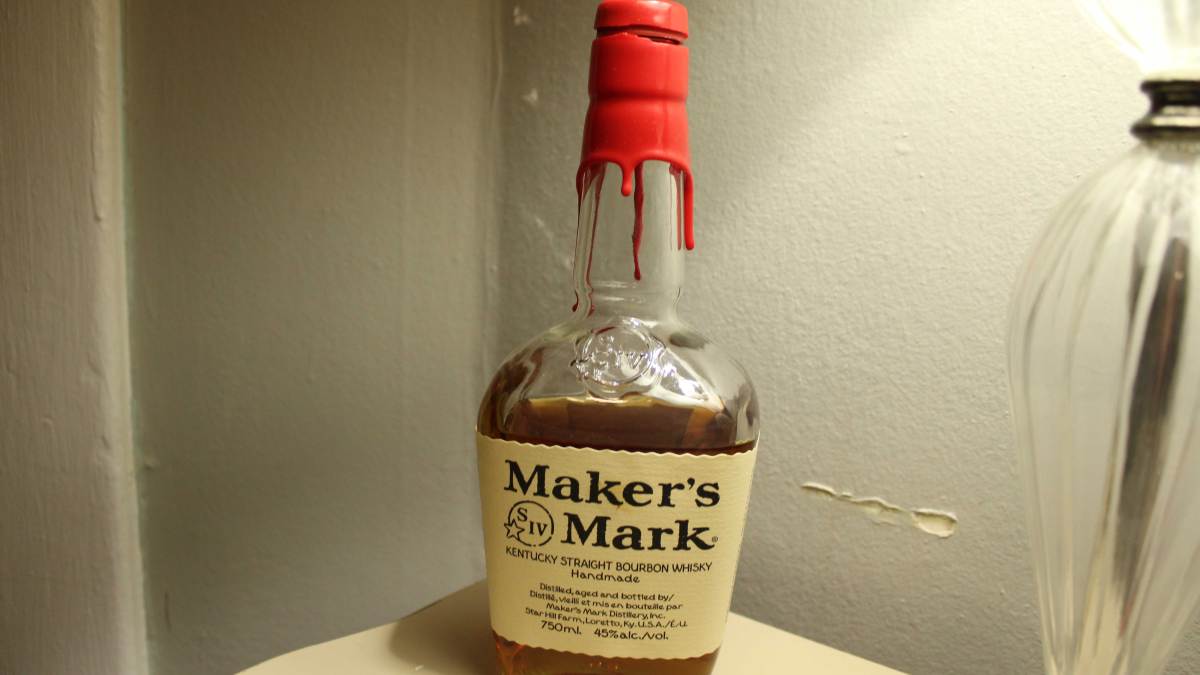 There are many raving Maker’s Mark fan. What the appeal is for them (and the frat community) remains a mystery to me. But in my opinion, there are better bourbons to sip slow.

Enter any frat house in North America, and behind the decaying furniture and overturned beer cans, you’ll almost certainly see the red-waxed necks of Maker’s  Mark bottles strewn about. Its appeal to fraternity drinkers is threefold: It’s readily accessible at all liquor stores, it’s iconic (and thus a status symbol, and to top it off, Maker’s Mark isn’t a half-bad dram. But if you’re a serious bourbon drinker, the above won’t appeal to you nearly as much, and that’s where Maker’s Mark begins to fall short.

At least in Canada, Maker’s Mark is expensive bourbon. We’re talking top-shelf stuff, whose price is always in the mid-forty dollar range. Only problem is, the taste really doesn’t deliver (something particularly annoying after you wrestle the wax off of it.) It’s not terribly bad, but if you’ve just dropped several more dollars than you’d have to pay for a bottle of Elijah Craig, you’ll likely be disappointed.

I want to make something clear in these tasting notes – Maker’s Mark is by no means a “bad” bourbon. What it is, however, is a disappointment given its reputation and price. When I drop close to $50 on whiskey, I have certain expectations which Maker’s Mark just doesn’t meet.

It pours a nice bourbon amber, towards the lighter end of the spectrum. On the nose (once you sniff past the rather potent fumes) there’s a nice blend of hay, vanilla and toasted oak. It’s simple, but by no means unpleasant.

Where it begins to come apart is the taste – Maker’s Mark, for me, falls completely flat. There’s no “oomph.” It’s got a warm corn taste, with a touch of citrus, cut fruit and maybe a pinch of allspice. There’s also a decent undertone of sweetness and vanilla. The finish is long and sweet, but I found it actually got a bit too bitter towards the end. Overall, Maker’s Mark is at best underwhelming, at worst – a total rip off.