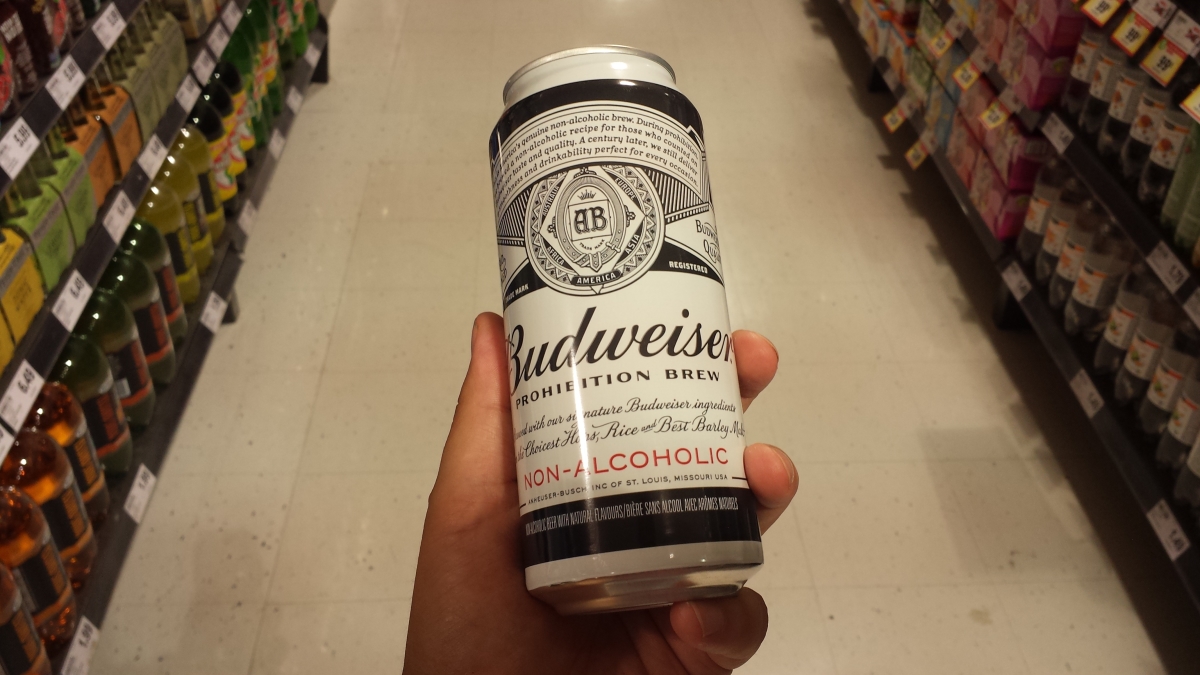 I know what you’re thinking — this article’s about non-alcoholic Budweiser, there’s simply no way it could be positive right?

I tried a free sample at the supermarket. And to be blunt it tasted exactly like Budweiser, which is to say “pretty shitty.” But I mean it actually TASTED like Budweiser. Or, at least like a non-descript macro lager.

It’s definitely not beer I would drink. If I’m drinking Bud it’s because I’ve been offered one and I’m chasing a buzz, so removing the alcohol removes the point. Here’s the thing, though — I’m not the target audience, but I have deep respect for the fact that Budweiser is actually paying attention to alcohol-free drinkers.

There seems to be this perverse idea that people who don’t drink don’t like the beverages that contain alcohol. Well as someone who willfully went a month without booze, I can say this is categorically wrong.

Beyond people with health and religious reasons, some just want to cut back a bit. But damn, is it easy to miss the refreshing crispness of a beer. Maybe Bud wouldn’t have been MY go to, but I’m sure for many it would hit the spot just fine.

Here’s the point — there’s a market for people who want to enjoy a brew without the booze. If Budweiser is dedicating some of their funds (that they’d probably rather spend buying up craft breweries) on this campaign, it means there’s money to be made. And if there’s people to enjoy it and money to be made, craft breweries should consider the non-alcoholic beer market.

People, even those that can’t imbibe, deserve quality beer. Budweiser doesn’t make quality beer, they make serviceable lager. I imagine for someone who misses the taste, non-alcoholic Bud does the trick. But in my opinion they deserve much, much more.

So kudos to Budweiser for identifying this gap in the market. I think it’s great they’re making beverages for a woefully underrepresented demographic. Now it’s time for craft breweries to step up, and pitch in to make some non-alcoholic beer worth sipping slow.

smoth, 2 years ago 2 min read
Beer, Behind the Beer