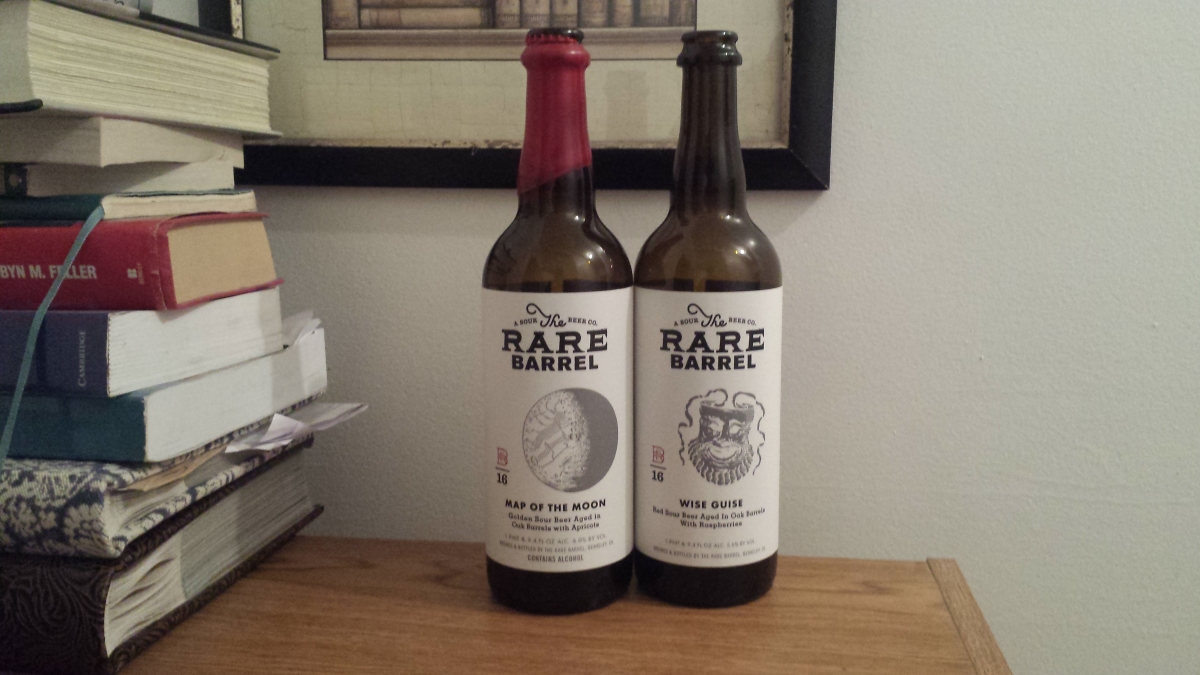 I’ve said it before and I’ll say it again — the best part of blogging about booze is all the friends who want to share a drink with you and talk about it. Recently, I had a very good friend return from California with some good stories, a slight tan and two bottles of the best sour beer I’ve ever tried.

About two years ago I hopped on the sour train big time. I was a recovering IPAddict, looking to expand my beer palate past “hoppy as hell.” I found what I was looking for in a damn good Gose, and I’ve never looked back. In fact, I was compelled to write a post extolling the virtues of sours, and predicting their imminent rise to prominence.

Since then I’ve had a lot of amazing sour beer, most notably from Toronto brewpub Burdock. But when I got a chance to try a couple of offerings from The Rare Barrel, a brewery that makes exclusively sours, all previous conceptions I had were blown out of the water.

The Rare Barrel Map of the Moon 2016 Review

This was the first beer we cracked open when my friend got back. A bottle of this will certainly set you back a few more dollars than your local craft tall can, but after a few sips I understood exactly why.

Map of the Moon poured a hazy, opaque gold with a vibrant white head. And one sniff of it told me I was in for something special. Now, I have to preface this review by saying some of these tasting notes are going to sound odd (and maybe even downright unpleasant.) But when combined, they went on to create one of the most potent, interesting brews I’ve ever had.

On the nose was a ton of barnyard funk, with an undertone of the apricots used in the brewing process. It smelled vibrant and enormous, something you can bet will continue in the mouth.

Map of the Moon is easily one of the most intense sours I’ve ever enjoyed. It is pucker-inducing in the extreme, with a ton of funkiness, stone fruit, a bracing acidity, and even an undertone that strongly reminded me of a bright Chablis. The finish was long and interesting. Overall, Map of the Moon is a compelling sour beer for those willing to brave its intense flavours, and would benefit well from some time spent in the cellar.

This is thus far the only beverage I’ve ever given a perfect rating to on Sublime Imbibing. After trying Map of the Moon, I thought I’d tasted a perfect 10 until I tried Wise Guise.

It’s a red sour with raspberries, and pours a beautiful deep red/amber into the class with barely any head (it was poured quite cold.) The nose is a symphony of red fruit, with a tiny hint of sour funkiness and oak. I was already in love with this beer before I’d had a taste.

After one sip I damn near proposed to the friend who brought it. A perfect flavour of tart raspberries mingled with light undertones of vanilla, sweet citrus fruit and a touch of funk. It was certainly sour, but not nearly as bracing as Map of the Moon. It’s rich fruit character took center stage, but with a tart finish and a crisp acidity, Wise Guise never became cloying.

Cost be damned, if you ever get a chance to try this beer, I insist you take it.

I’m lucky to have such good friends bring such great beer. My love of sour beer is reinvigorated, and I’ll be on the hunt to find one that can give The Rare Barrel a run for it’s money. Until then, I’ll fondly reminisce about sipping these two beers nice and slow. 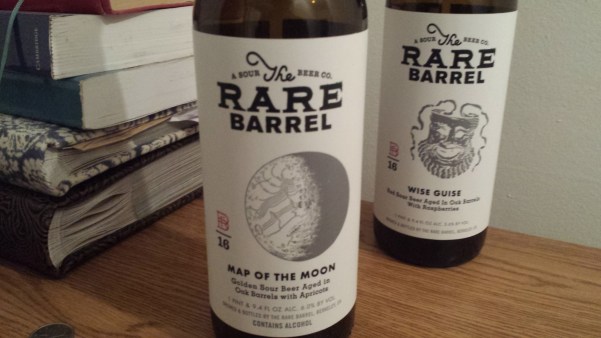