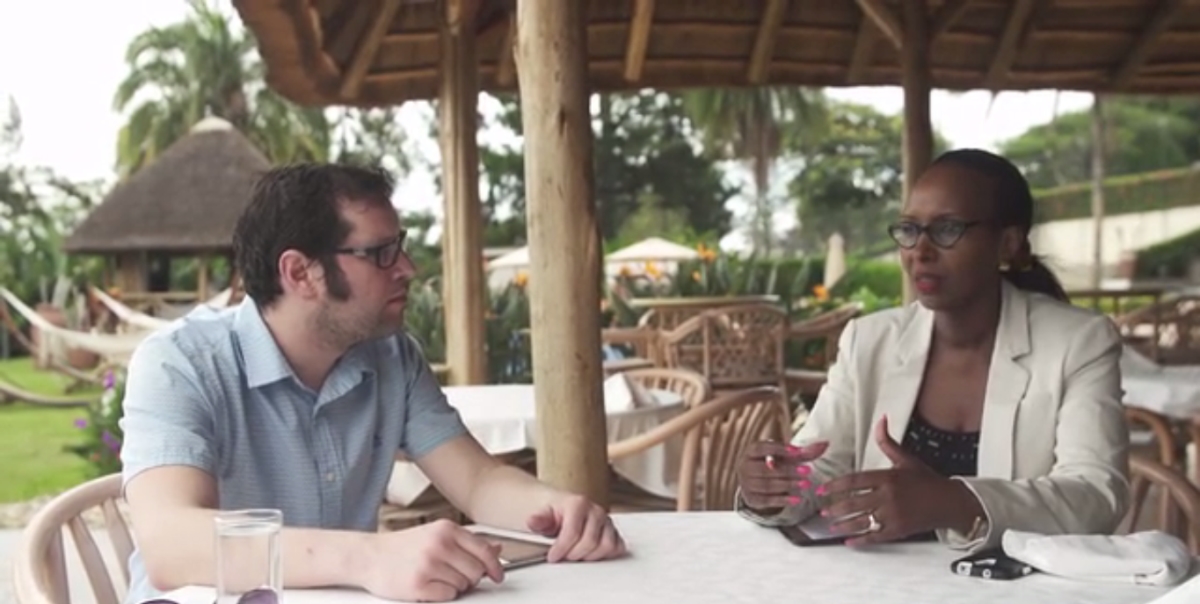 There’s just something about Beau’s and brilliant ideas.

The last time I interviewed Steve Beauchesne, co-founder of Beau’s Brewery, it was about the nifty project called “B-Side Brewing,” a craft beer label that looks to sign foreign breweries and collaborate to make unique beer.

While that certainly intrigued me, Beau’s latest project is far more ambitious — and altruistic. The Ontario-based brewery is going to be working with a Rwandan entrepreneur by the name of Josephine “Fina” Uwineza, to establish a craft beer operation in Kegali Rwanda which will provide local training, employment, empowerment for women and — of course — excellent beer.

“So we hit 10 years old this year, and as we were approaching our tenth birthday, we had a lot of conversations about what we were going to use this occasion for. It wasn’t enough to just pat ourselves on the back and say ‘congrats you survived 10 years,’ Beauchesne explains. “What we wanted to do was set ourselves a direction, not just for the next 10 years  but the next 100 years. We’ve been doing a number of initiatives that have stemmed from that strategy section of “who do we want to be 100 years from now?'”

With that motivation, Beauchesne and the rest of the Beau’s team began looking for an opportunity to give back on a global scale.

But Steve’s introduction to Fina happened largely by chance. When a group approached the Ontario Craft Brewers’ Association wondering if they’d be interested in sponsoring a female entrepreneur from Rwanda, the decision was that it was largely out of the purview of the OCB. But Beauchesne spotted an opportunity and volunteered his services.

“[Fina] is going to take all the ownership and Beau’s is not looking to start owning breweries in foreign lands,” Beauchesne laughed. “What we’re trying to do is help with raising funds, providing training and skills, as well as helping troubleshoot recipe development – all the parts that when you’re starting up a brewery anywhere you wish you had someone to help you with.”

The Rwanda craft brewery project has been going on for over six months now, and the Beau’s crew has already taken a trip to Rwanda to experience the country where their efforts would make an impact.

What they found was a country low in corruption and high in hope — a perfect place for an entrepreneur to take root.

While a lot of the planning is well underway, and some equipment being designed and accounted for, there is still lots of money to be raised, which Beau’s is encouraging through a Kickstarter campaign and  Ontario brewer outreach.

“The whole project is going to require a whole lot more financing. Beau’s is going to provide a lot of that, but right now what we’re really trying to do with it is get money to get a good bottling line,” Beauchesne says. “The hope here is that other breweries will say ‘this is a great initiative that will help a brewery and a community.’

“What I proposed is fun and fairly easy, which is for [craft breweries] staff to have a potluck lunch. Ask everyone to bring in $5 and a dish, or if they don’t bring in a dish ask them to bring in $10. Then take that money and donate it to the cause. Every brewery that does that will get special recognition. And every brewery that gets up to $500 will get their names on one of the fermenters.”

But what about the beer?

Brewing in Africa is a whole new ballgame than it is in Ontario, with a different climate, different consumers, and different traditions to consider. Beauchesne notes that due to the expense of refrigeration, drinkers in Rwanda have become accustomed to warm beer, and restaurants offer patrons beer both warm or cold based on their preference. He postulates that cask beer might just be a hit because of this.

“The beer scene in Rwanda is like Canada and the States was in the 80s. People like drinking beer, there’s just not a lot of choice, and not a lot of flavours outside of domestic light lagers,” Beauchesne says. “The way we’re looking at it is we’re not here to tell Fina, ‘You have to do it this way.’ What we want to do is “here’s the building blocks, have your brewer play with them, and we’ll train your brewer to know the flavor profiles, but you go on and make this your way, make this your brewery.”

At this stage, the full impact of the Rwanda craft brewery project can only be guessed at. But it has enormous potential to positively contribute to the Kegali community and local economy.

As a bonus, Beauchesne mentions that by helping to empower a woman-based project, the results will likely be greater.

“There’s been a lot of research done on emerging economies that empowerment for women is the best way to alleviate poverty,” he says. “Women are more likely once they achieve some level of success to spread that success around. From our perspective, since we’re not doing this to make any money, what we want to see is the maximum impact.”

While only 15 or so employees will work at the brewery, their entire families will have a chance to find gainful employment. The grains and hops will need to be harvested, and through government programs, families of the brewery employees will receive education and healthcare.

For Beau’s, celebrating a decade of success in the Ontario craft brewing scene, the Rwanda craft brewery project offers a chance to take a next step in defining themselves on a global scale.

“We’re hoping to take some of these unique elements and marry it with a modern craft perspective to create something that is truly unique for the world,” Beauchesne says.

If you’d like to donate to the Rwanda Craft Brewery Project, you can check out the Kickstarter here.