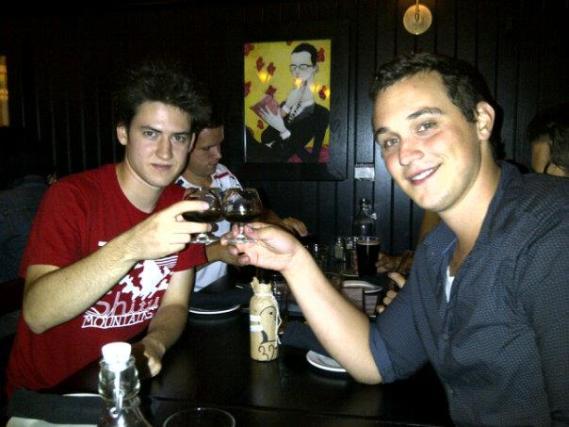 I enjoy strong liquor. I enjoy beer. Yet, rarely do I get to combine these two indulgences in one beverage. One of these few occasions was when my room mate and I indulged in the outrageous, bombastic, extremely expensive and highly alcoholic Scottish concoction Tactical Nuclear Penguin from Brewdogs brewery.

A couple of years back, my housemates and I decided to make an outing to our favourite pub, now closed, Gambrinus (a similar outing was described in my previous post Sauced Sunday and a Stolen Bike). It was an occasion of revelry; we had just returned from summer break and this was our first reunion. It called for a special beverage, one of sufficient substance and extravagance to match our high spirits. As we poured over the enormous beer list, consisting of over 150 bottled offerings, I noticed a beer I’d long been hearing about but had never been afforded the chance to try: Tactical Nuclear Penguin.

TNP has been making waves in the beer world since its launch in 2009, when Brewdogs asserted it was the strongest beer ever made. And at 32% alcohol, there was some serious weight behind this claim. While this ‘record’ has since been broken several times, (multiple times by Brewdogs themselves), it remains an iconic strong beer, one which I can proudly claim to have tried.

It wasn’t cheap. Hell, it wasn’t expensive. It was absurd. The menu price for a single 330mm bottle was $120. After some serious consultation with my room mate, a quick review of our summer-bolstered finances, and some encouragement from our fellow patrons, we decided to order it and split the cost of one bottle.

The waiter brought it to us wrapped in brown paper, and accompanied by small snifters from which we were to drink it. I poured us each a slug of it, deep brown and highly viscous, and we proceeded to give it a whiff. The alcohol fumes were nearly overwhelming, but beneath that was a dark chocolate, fresh coffee, and even some dried dark fruit.

Drinking it was an endeavour. Like a spirit, it was warming and strong, but like a beer it still maintained some soft carbonation. This induced quite a throat tingling that was not altogether unpleasant. The taste reminded me of a heavily sweetened, albeit sour, black coffee. It was interesting to say the least. While not something I’d ever like to have a pint of, or drink particularly often, to try it once was was an amazing experience.

We kept the bottle as a souvenir and walked home, heavier in head and lighter in pocket than perhaps we had intended. Yet, this is one imbibing I’ll never forget. I tried one of the world’s strongest beers, payed through the nose for the privilege and had one hell of a night. You can rest assured, I sipped Tactical Nuclear Penguin slow. 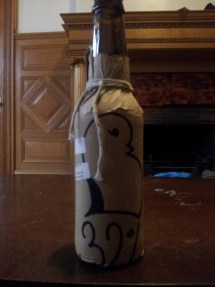 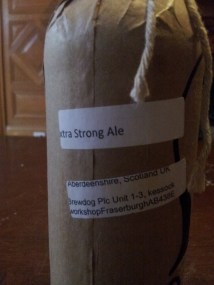 smoth, 6 years ago 2 min read
Beer, Behind the Beer