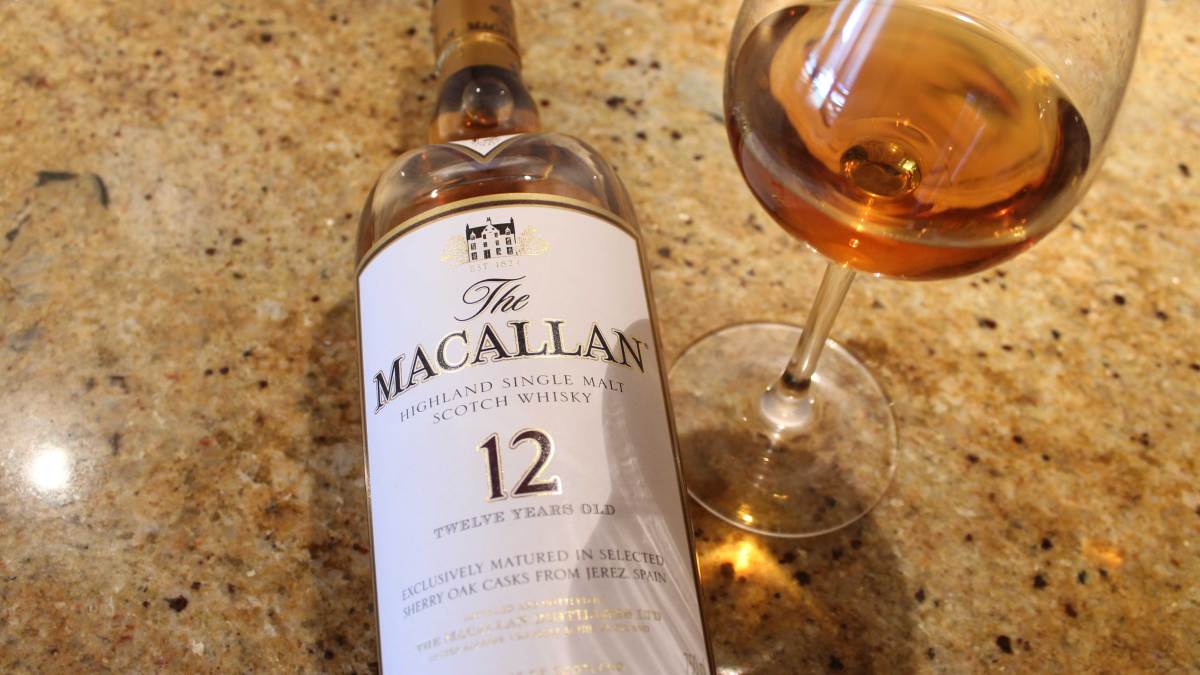 Sometimes it’s nice to get blasted out of your drinking routine, and that’s exactly what The Macallan 12 year sherry-casked scotch did for me. This single malt is notorious for bearing a much different flavour profile than its sweet, caramel Speyside kin, largely due to The Macallan 12’s exposure to the sherry casks it spends its aging process in, providing it a uniquely fruity profile.

Alas, The Macallan 12 is another example of a scotch that has been felled by rising demands and cost-efficient measures – it’s no longer available in North America, being replaced by a ‘No age statement’ (NAS) version. Not limited to Macallan, NAS scotches are creeping up left and right because they are relatively inexpensive to produce as they typically don’t need to be aged as long, and can be produced and sold more quickly to meet demand. In many ways, drinking The Macallan 12 was a lot like tasting an endangered species.

It pours a deep brown-amber, looking more like a bourbon than a Speyside scotch. On the nose, The Macallan 12 lives up to its reputation as a “sherry bomb” with massive wafts of wine fruit and floral notes. It’s like a virulent spring garden with some opulent scotch sweetness thrown in. The alcohol fumes are pleasantly subdued, and it makes for some lovely sniffing.

The Macallan 12 has a rich, creamy texture which appropriately amalgamates its rich, fruity sweetness. There’s tons of dried cherries, dew-covered flowers and baked apple in this Macallan, with not an inconsiderable amount of iodine flavour. Rather than being unpleasant, this mild medicinal quality prevents it from becoming cloying. The finish softens into nothing so much as brown sugar, and lingers exceptionally long. The Macallan 12 is actually very well balanced, in spite of the big punch the sherry packs. If you’re inclined to this type of Scotch, you’d be hard pressed to do better.

This scotch bombed me out of a consumption complacency I was falling into. This sherry bomb was a good wake up call, even if I don’t know if I’ll ever be a regular Macallan 12 drinker – which is probably for the best as it gets rarer and rarer with the rise of NAS alternatives. Still, if you get your hands on it, Macallan 12 is definitely worth sipping slow.

Check out this article to learn a little bit more about the rise in NAS scotch “popularity.” 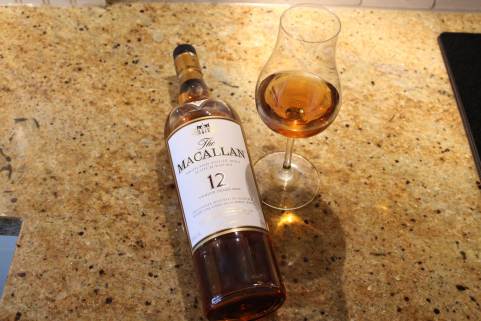 Arch Brewing's Dinner Jacket O'Red IPA is Worth Trying On