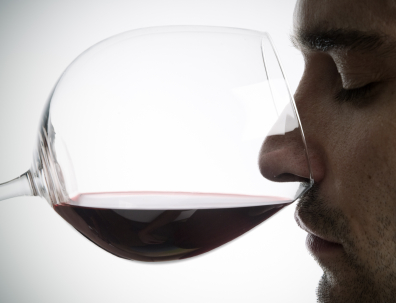 Ok, let me be quite frank. There is some element of bullshit to wine tasting. Wine tasters and critics who are able to eke out every faint soupcon of flavour may tend to exaggerate just a tad.

And what about those wine critics who were tricked by white wine dyed red? Or those others who rated the same wine differently if it was presented with different labeling? Or the academic papers proving wine tasting is garbage science (which you can read about here)?

Well of course it’s a garbage science. In fact, it’s not a science at all.

There is absolutely nothing empirical in the tasting of wine. It’s an exercise in targeted subjectivity. Realistically, there is no wine grape in the world that is “raspberry flavoured.” Yet, several varieties evoke the essence of berry.

If enough palates agree that a certain grape produced in a certain way tastes like raspberry, it enters wine canon. But that does not make it indisputable fact.

Don’t think of a wine taster as some sort of omniscient wine genie. All they do is assess a wine to the best of their abilities, listing flavours that they believe to be present, and rating the overall quality of the wine as they see it.

It doesn’t mean the flavours are literally present; unlike beer, which can be brewed with any number of additives, wine is just grapes. What those grapes can evoke to each palate is entirely subjective.

Go to the doctors with a stomach flu, but tell them you’re suffering from nasal congestion, fits of sneezing and coughing. Even the best doctor is likely going to treat you for a cold, not the stomach flu.

Similarly, a wine taster looks for obvious clues to pass judgment. A wine  labelled from an established vineyard is going to get a little leeway in any tasting.

Furthermore, while I think being unable to distinguish white from red is a rarity, like the confused doctor, a wine taster is going to make a very easy assumption about the wine if the colour indicates that it will exhibit certain traits.

So what’s the point of tasting wine anyways? Wine is an incredibly complex fluid that takes years of patient practice to fully appreciate.

Overall, wine tasters can only do their best to taste both the good and the bad, and try to help us all learn a thing or two, so we can sip it slow without too much concern.

Basil Hayden's Bourbon: Good for Bond, Not for Me