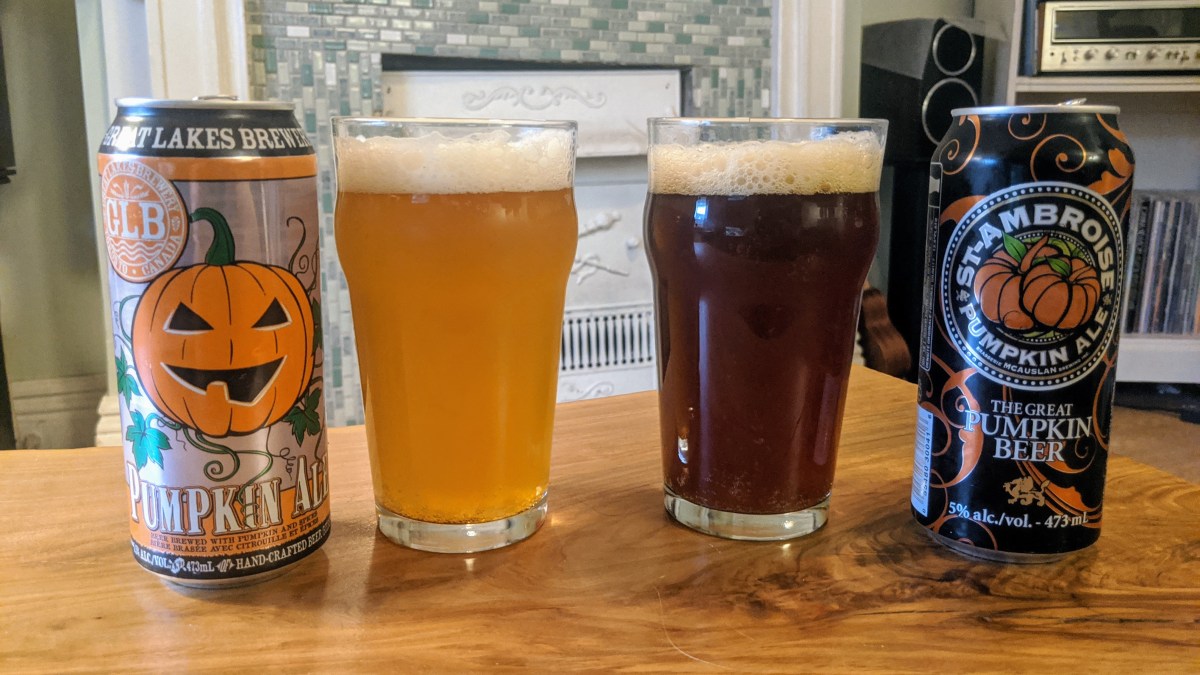 Writing about pumpkin ale is always a little intimidating. They’re not held in high esteem by the snobbish, and often considered a seasonal gimmick, with little actual merit. But I’ve gone out on a limb before and I’m going to do so again — I like pumpkin beer. Not universally, my god there are some overly-sweet, overly-spiced examples out there that feel like someone screwed up a brew and needed to disguise off flavours.

Then there are truly exceptional examples that would be delicious served in any season, spooky or otherwise. I’ve raved before about Southern Tier’s Pumking (would that you could still get it at the LCBO). But among Canadian breweries, there are some exceptional examples as well, and I’ve put two of my seasonal go-tos head to head to determine which is best, Great Lakes Brewery Pumpkin Ale or St. Ambroise Pumpkin Ale for a little province vs. province action.

Here’s how they stack up: 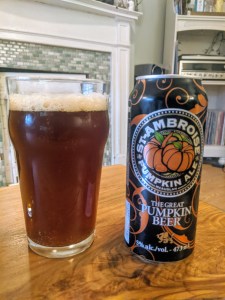 This to me is like an archetypal pumpkin beer. It’s dark, it’s a bit loud and in your face, and boy-howdy does it taste like fall. St. Ambroise Pumpkin Ale is one of the first pumpkin beers I tried and I liked it then — still do in fact.

On the nose it’s all pumpkin spice, with nutmeg, cinnamon and even a hint of ginger. It pours a beautiful dark red/brown, with a loose, fizzy head more reminiscent of craft sodas than craft beer.

The taste is nice. Lots of baking spices and even real pumpkin flavour, for those inclined. The taste is pretty sweet, but has a bit of a sour undertone that I wasn’t loving at the end of the pint. 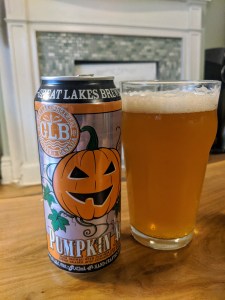 GLB really knocks this one out of the park, and I think challenges a lot of pumpkin beer conventions in the best possible way. It’s got a subtlety and refinement I’m not expecting from a jack-o-lantern branded ale.

I think this beer is a fine example of “less is more”. It smells of cloves, nutmeg and all spice but juuuust a bit. There’s some lovely gourdyness too, proof you’re really drinking pumpkin. It pours with a gorgeous tight head that lingers and laces, complimenting its lighter, gold colour.

The taste is great! Subtle pumpkin, a bit of spice heere and there, all bound together by a genuinely lovely ale. I don’t expect pumpkin beers to be refreshing but this one definitely is.

This was a fun review, because snobbery be damned I like a seasonal brew. And I like both of these beers, with St. Ambroise offering the full flavours of fall, and GLB offering something a little more refined. The clear winner in this Head to Head is Great Lakes Brewery Pumpkin Ale, which is definitely a beer worth sipping slow.

smoth, 6 years ago 4 min read
Beer, Behind the Beer