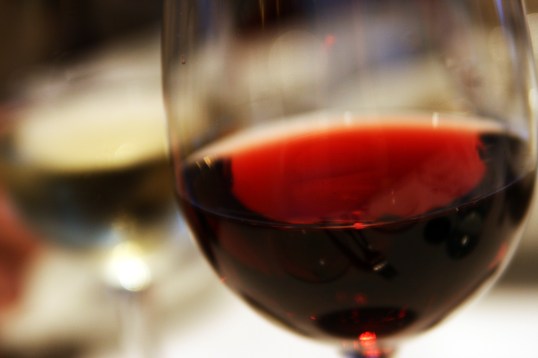 There are those magical bottles of wine. The inexpensive ones that taste like they cost a fortune. The ones universally appreciated, that you can share with friends, or bring to a fancier dinner party. The ones that have patriotic appeal, something you can be proud your country produced. For me, the 2011 Jackson-Triggs Meritage Reserve is all that and more.
For a little background, a Meritage is the name given to wines that are made using a blend of the traditional Bordeaux grapes: Merlot, Cabernet Sauvignon, and Cabernet Franc. The French are fairly fastidious when it comes to others using their wine terms, so countries have to get creative when indicating their wines are made in the French style. The Jackson-Triggs Meritage Reserve is an example of this, sharing many attributes with a well-made Bordeaux.
My first encounter with the Meritage Reserve was at the local Wine Rack. It was late, the LCBO was closed, and I didn’t feel like committing to an expensive wine for a night of board games.  Seeing the J-T was going for under $15 (and a “Reserve” no less), I thought I’d give it a shot. And I’ve never looked back.
The Jackson-Triggs Meritage Reserve is the best Canadian wine I’ve had under $20. I’d even go as far as to say it’s in my top 10 all-time favourites from any country under $15. It’s got a fantastic texture, with a medium body and fantastic mouth-feel. The taste is classic Bordeaux, with strong notes of vanilla, black-berry and a bit of plum. The tannins are fairly soft, making this a great wine to drink young. While you can probably get away with cellaring the Meritage Reserve for a few years, I think it’s safe to say it’s a “Drink now” wine, perfect to bring to parties, or sip with a good dinner. Also, the classy looking grey label connotes a certain sophistication appropriate of a bottle to impress someones parents.
This wine has it all. Great taste, mouth-feel, stylish labeling, and a price-tag that is ridiculously reasonable. Best of all, it’s a Canadian wine, and I love a patriotic production that elevates our country’s wine esteem. Call it Meritage if you want, but the Jackson-Triggs Meritage Reserve is nothing less than a quality Bordeaux on a budget. Buy it for cheap, but it’s so good you’ll definitely want to sip it slow.