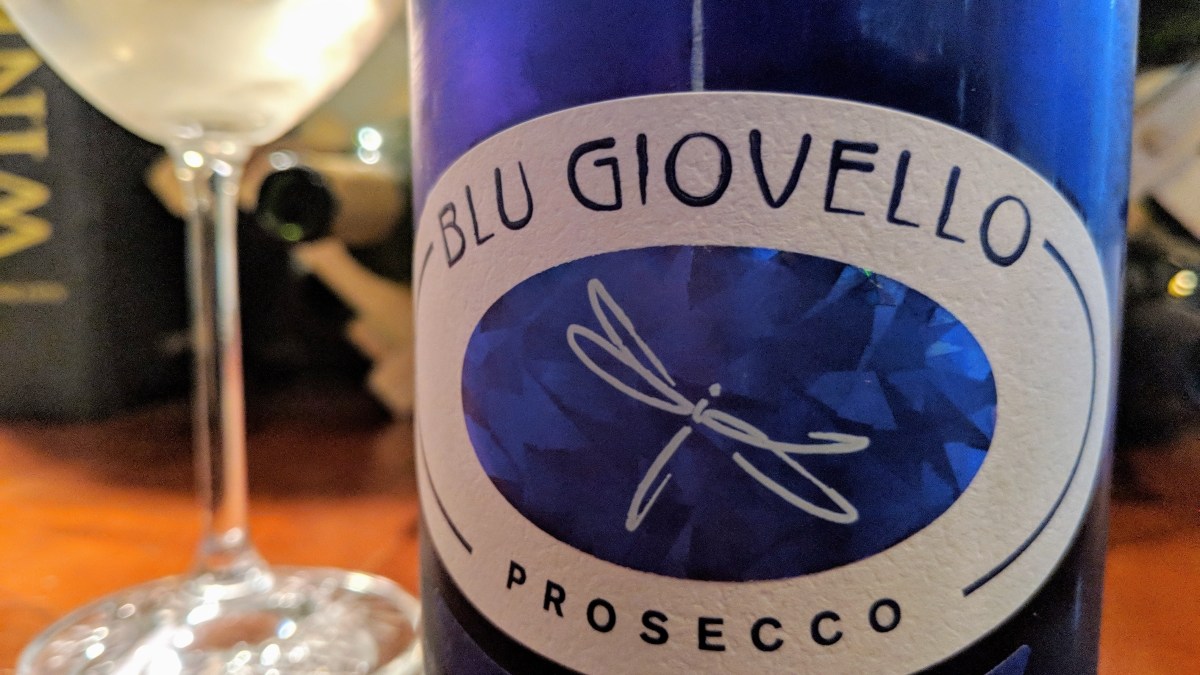 If my family’s reading this they’re probably thinking “Huh. He hasn’t written about OUR prosecco before?” Full disclosure — I thought I had. Blu Giovello Prosecco has been a staple in our household for the better part of a decade, from toasting to the warmer weather to ringing in the new year, and every occasion in between.

If you were to visit my parents on a Friday night, I’d be shocked if you didn’t leave with a nice bubbly buzz. If the extended family gets together, you can bet your house on a dozen or so blue bottles making an appearance. And the reason is simple — Blu Giovello is pretty damn good, and set at an affordable price. Here’s what you can expect:

I want to preface this review by noting an anecdotal observation about drinking Blu Giovello Prosecco. This is the opposite of scientific, and downright untrue. But my mom and I have both noted something about this wine. It seems you can drink a nearly endless amount without getting “drunk.” As in, you’ll get warm and giggle and oh my god you shouldn’t drive, but there doesn’t seem to be a tipping point where you find yourself stumbling over words or enjoying yourself less. I can’t claim it’s magical (but I also can’t promise it’s not.)

Blu Giovello Prosecco pours the palest hay colour with brilliant effervescence. It’s a bubbly alright, and opts to foam up tremendously if poured too quickly. On the nose is green apples, lemon zest and a touch of something that reminds me a bit of clean laundry which, I know sounds weird, but actually adds to its appeal as a refreshing bubbly beverage.

After a sip, it flexes its fruit muscle with plenty of pear, some green apple, citrus and a bit of floral notes. It’s off-dry, but far from cloyingly sweet. Blu Giovello Prosecco is simple, easy to drink and potentially magic. 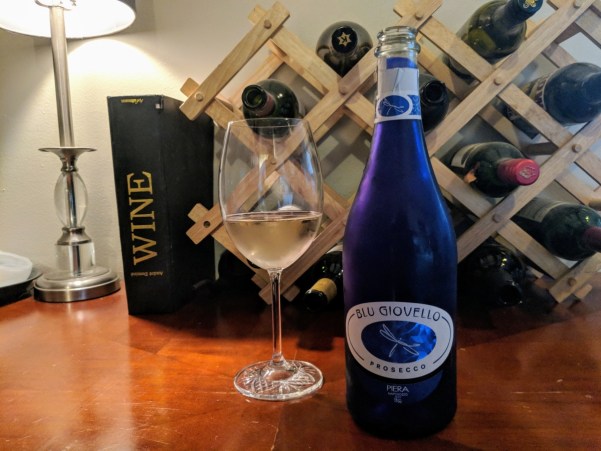 Blu Giovello prosecco is the definition of a crowd pleaser. Will it blow the pants off your Champagne snob friend? Nah. But I like it, my family likes it, and my partner who is extremely picky about alcohol likes it. I'm willing to wager you're gonna like it too -- if you opt to sip slow on the the Blu.

Yamazaki Distillery Tour: A Behind the Scenes Look at Japan's Premier Distillery