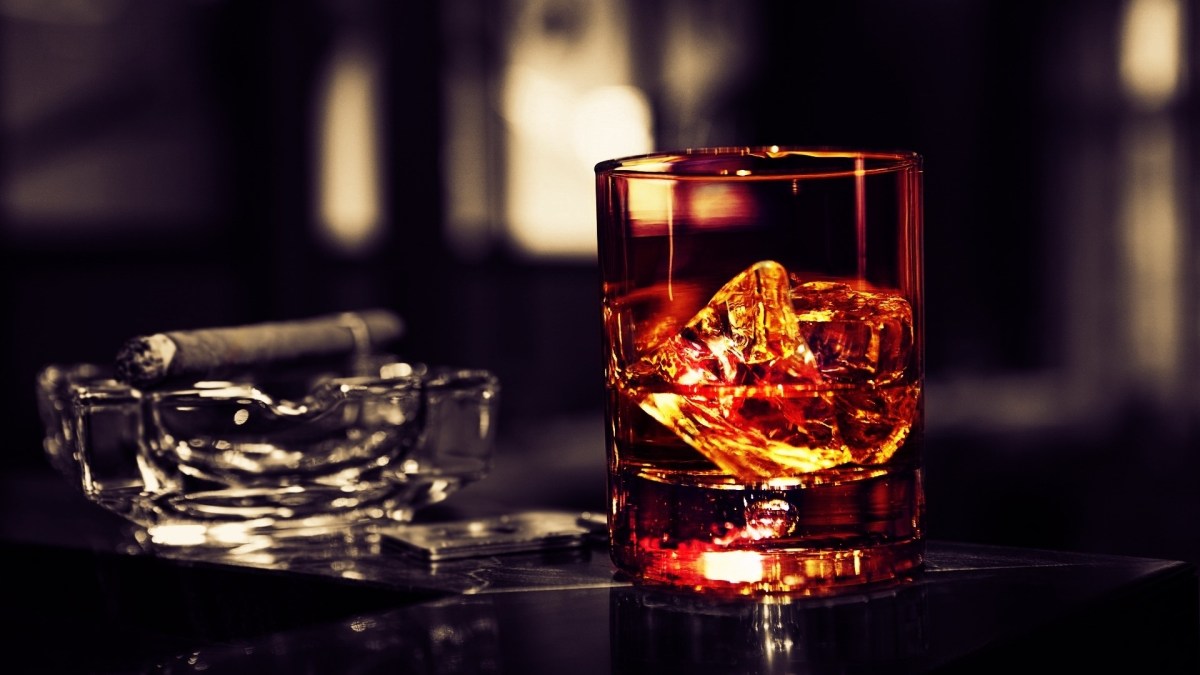 Whisky and cigars have a long and glamorous history together.

You’ll be hard pressed to watch an old movie featuring high society without a scene where dinner jacket-clad men repair to an opulent room to sip scotch and puff on a stogie.

It’s something many whisky drinkers might take for granted. Like wine and cheese, cigars and whiskies just work and there’s not much consideration given beyond that.

But like a pairing of cheese and wine, there are many different combinations of whisky with cigars which will shape the experience for the person indulging. If you’re looking to take this classic pairing to the next level, it’s worth to learn a bit about it.

There are infinite variations of cigar and whisky combinations for you to try. While you might find pleasure in trying all of them (or none, if you’re no fan of cigars!) there are some guidelines to follow which might improve the experience.

However, first we have to ask: how did these things get paired together in the first place?

Whisky and Cigars are a Match Made in High-Brow Heaven

To fully understand why whisky and cigars have been paired, we must once again compare it to another classic pairing — wine and cheese.

While wine now has the reputation of an upper class drink, it wasn’t always that way. Sure, some rare vintages were prized among the elites, but for many farmers it was a family-made drink, cheap to grow and ferment and relatively easy to store.

With this cheaper beverage came the appropriate snacks. Dairy farmers in France would always have a ready supply of cheeses which would naturally accompany the wine. It quickly became apparent how well they went together.

In the same vein, whisky and cigars were both part of the trappings of the upper-class. A traditional after dinner indulgence, whisky was often consumed in the smoking rooms frequently found in homes of the wealthy.

Just like wine and cheese, these indulgences went hand in hand, and began to become associated, and sought out as pairings. 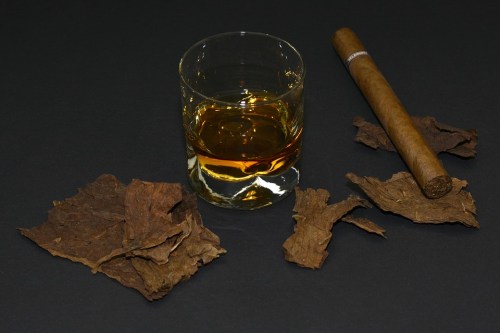 Types of Cigars and the Whisky They Go With

Like food, it’s very important that the flavours of the whisky aren’t overpowered by the cigar and vice versa.

An easy rule of thumb is pairing lighter bodied and milder flavoured cigars with their equivalent whisky style.

Subtler cigars like and entry-level Romeo y Julietta are easy to smoke and easy to pair. Any fairly light whisky will do well, as the cigar’s milder profile won’t overwhelm its flavour.

If you’re looking to pair a light bodied, mild cigar, most Irish whiskies do particularly well. Even blended scotches like Johnny Walker Black (or Blue, if you have the green) do well with lighter cigars.

If you’re a fan of single malts, try a Lowland malt like Auchentoshan which will shine with the easy-going smoke of a light bodied cigar.

For fans of bourbon, go with a low-proof bourbon with a bit of refinement. Something like Basil Hayden’s or Four Roses Small Batch will compliment the vanilla notes of mild cigars while still holding their own, flavour-wise.

As you increase the potency of your smoke, it becomes more difficult to pair with whisky. That said, there are still plenty of options available for the discerning drinker.

When pairing scotches, you can opt for drams that offer a bit more in the way of peat smoke. For cigars like an Undercrown Shade, you might still muddle flavours in a pairing if you go full-blown Islay.

Instead, something like Talisker 10 offers a nice puff of peat smoke and enough body to stand up to the cigar without competing too much for your palate’s affection,

When pairing bourbon with medium cigars, spring for something a bit more gruff. Elijah Craig 12 is a great example, or perhaps Makers Mark.

Rye-based Canadian whiskies like Crown Royal Northern Harvest are another good options as long as the rye spice isn’t too loud.

You’re not opting for this pairing because you’re looking for something dainty and refined. No, you want big, bold and potent.

Not many whiskies are equipped to go toe-to-toe with a bold cigar like a Liga Privada. But if you at least want to taste what you’re drinking next to a strong stogie, you’re going to want to bring out the big guns.

For scotch, that means the big Islays like Lagavulin 16 or Laphroaig. You could also do a high-proof pairing and let the alcohol speak for itself with a cask-strength whisky like Talisker 57° North.

Now is a good chance to bust out the bold, spicy ryes. At 50% ABV, Rittenhouse Straight Rye might be just the thing you need to remind you that you’re enjoying a drink while enjoying the full-bodied fug of a bold cigar.

Cigar and whisky pairings are timeless and classy.

They began in the after dinner smoking rooms of the upper class, but were soon realized to be a delicious flavour pairing in their own right, entering the mainstream.

Just like with food, it’s important to make sure your pairing equivalently strong whisky with cigars because the potent flavours possible on either side of the equation might drown each other out.

But at the end of the day, the best thing you can do is experiment with a variety of combination and find out which smoke you like to sip with.

3 Summer Cocktails Perfect For Chilling Out